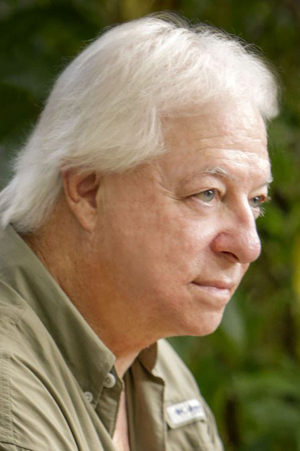 My back-road explorations take me to little eateries tucked neatly in the middle of nowhere, whistle-stop places.
Country folks run these deep-fried, lonely roadside stops so you’d think they serve fried green tomatoes. Like some character in a Fannie Flagg story I can pull into a graveled parking lot, enter through a screen door, sit at a table covered in red oilcloth, order fried green tomatoes, and sip iced tea.
Well, I haven’t and I doubt I ever will for a fundamental reason. Country folk are patient. They’ll wait for their maters to ripen for that’s when all sorts of culinary delights arise. A beautiful BLT, a tomato sandwich slathered with Duke’s Mayonnaise, a sliced tomato, salted just so, sitting atop a beef patty in a great burger. Add a slice of Vidalia onion for good measure. A medley of greens and chopped tomatoes in a fine salad.
Fried green tomatoes?
I have eaten them, and I find them to be better than I imagined. I also find them to be fancy, an entrée in high-dollar restaurants with hardcover menus and script difficult to read in candlelight.
I ordered fried green tomatoes at a sophisticated place on the coast. A fellow in a tux led me to a table with a view of the marsh. The tomatoes resembled a large flat scallop battered and fried to a golden sheen. I could taste the oil and corn meal and a crunchy green flavor that I surmised was the tomato.
The South can’t claim fried green tomatoes, nor should it. We have better foods to claim. I read that fried green tomatoes were first cooked up in the Midwest. Perhaps a hungry family had to innovate. “Hey, why don’t we slice up those green tomatoes, coat them with eggs and corn meal, and fry ’em up.”
I asked my friend, Pat Branning, about fried green tomatoes. She said folks were always experimenting with corn meal and oil and fried green tomatoes passed the test. Pat’s the author of the “Shrimp, Collards & Grits” series of cookbooks, and Volume 4, “The Roots of Southern Cooking,” will feature a fried green tomato recipe (and a story of mine on Mansfield Plantation over in Georgetown). When I get my copy, I’ll try the recipe out.
I recall the first time I ate fried green tomatoes. It was in a home in Athens, Ga., close by the banks of the Oconee River. A lady and bona fide Southern cook served me fried green tomatoes on a silver platter with homemade mayonnaise in a crystal bowl. That may sound a bit elaborate but it was routine for her. I especially remember the homemade mayonnaise. The best I ever tasted. The lady had connections to Silver Bluff Plantation near Jackson, South Carolina, and meals at her home were wonderful, Southern, and elegant.
I have a crop of tomatoes coming in this summer but I won’t fry them. I’ll slice them for burgers, chop ’em for salads, and best of all I’ll enjoy tomato sandwiches all summer.
Acidic, tart, juicy, and satisfying, they won’t taste like the tomatoes you get at big chain supermarkets. Some astute politician ought to run for office claiming he’ll bring back real tomatoes to grocery stores.
He’d get my vote. Meanwhile, frying the big stores’ hard, wax-like tomatoes might be a step up, because they aren’t worth a cuss as slicing tomatoes go. Maybe, just maybe, batter and hot oil can work a miracle with those faux red green tomatoes. It’d be worth a try.