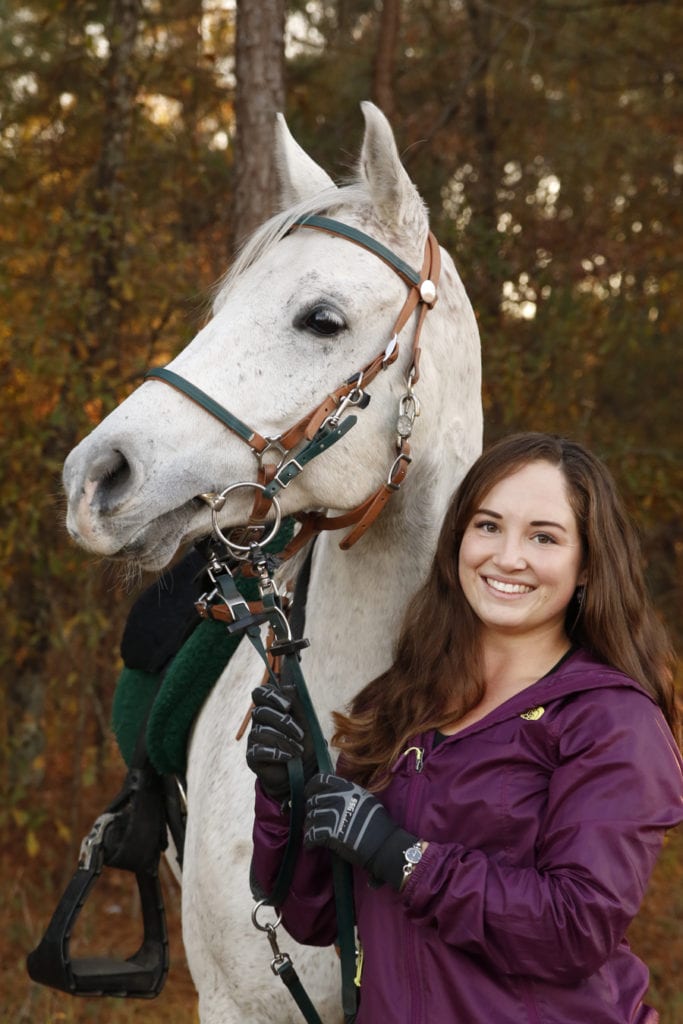 Aanuke Mounabi (Boone) and his rider, Erin Hudson, were the winners of the Carolina 30 mile LD -endurance race held at the old winery property near Ruby, SC on Saturday, Nov. 25. Boone was also the winner of the coveted “Best Condition” Award out of 35 entries, reflecting both the horses fitness and the riders horsemanship. Horses came here from six states to compete. Hudson is the daughter of James and Emily Hudson of Cheraw SC and is from Frederick, MD. Boone, an eight year old Arabian, is owned by Marie and Mark Sobiski of Darlington, SC. The race was sanctioned by the American Endurance Ride Conference. Photos contributed