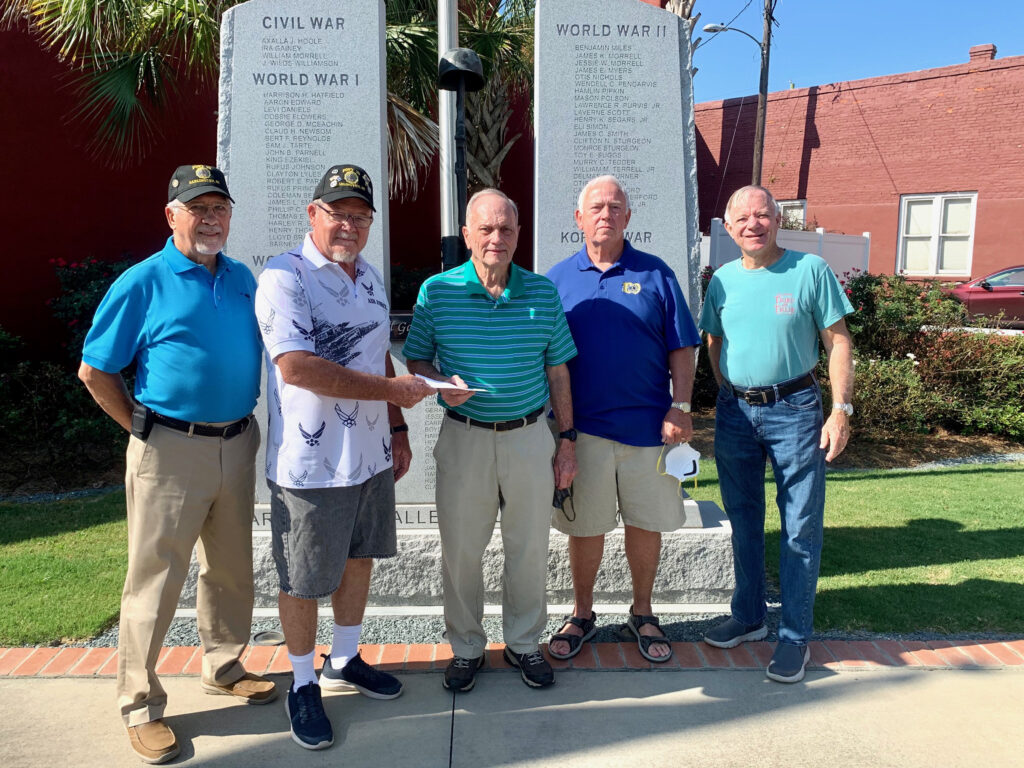 The Darlington Veterans Memorial is already a keystone of the Public Square, and plans are in the works to make it even better.
Members of the Darlington Veterans Memorial Committee (DVMC) recently announced a campaign to add new dedication walls to the park, allowing more chances to show respect and appreciation for the service of our military veterans.
“We’re trying to start Phase Two,” said DVMC chairman Dennis Jenkins. He explained that expansion plans call for a new concrete pad to be laid at the rear of the site. On this slab they plan to erect three additional walls containing dedication bricks, each bearing the name of a U.S. military member and information about their service.
“We’re going to start off with just one new wall, but when we lay the concrete foundation it will be built so that it can hold all three walls,” Jenkins said. “As that first wall gets filled up with bricks, we’ll build another wall. … We’re going to do a little bit at a time.”
The expansion layout is still not set in stone, but Jenkins said there are no plans to remove the trees and shrubbery in the park’s back corner. The new walls will likely be built along the empty grass strip along the back border, starting near the southern wall and advancing north toward Orange Street.
Jenkins said that Darlington Veterans Memorial Committee members have been out fundraising recently, making contact with businesses and individuals to secure donations for the Phase Two expansion. One early and generous donation came from the Lions Club, and president Joe Tucker and member Robert Bridges delivered a check for $1,000 to Jenkins and DVMC treasurer Johnny Odom last week.
“The Lions Club is a great organization. They’ve helped the Darlington community for many years, and I know we’ve all participated in their fundraisers by buying onions and buying brooms,” Jenkins said. “They’re just a great group that’s interested in helping people, and we love all those fellas and ladies.”
The estimated cost for Phase Two is $50,000, so more donations are needed to get the project underway. Those interested in helping can send tax-deductible donations to American Legion Post 13, PO Box 52, Darlington SC 29540. If you’d like to buy a laser-engraved dedication brick, they are for sale at the cost of $50 per brick. Contact Post 13 or any committee member for more information.