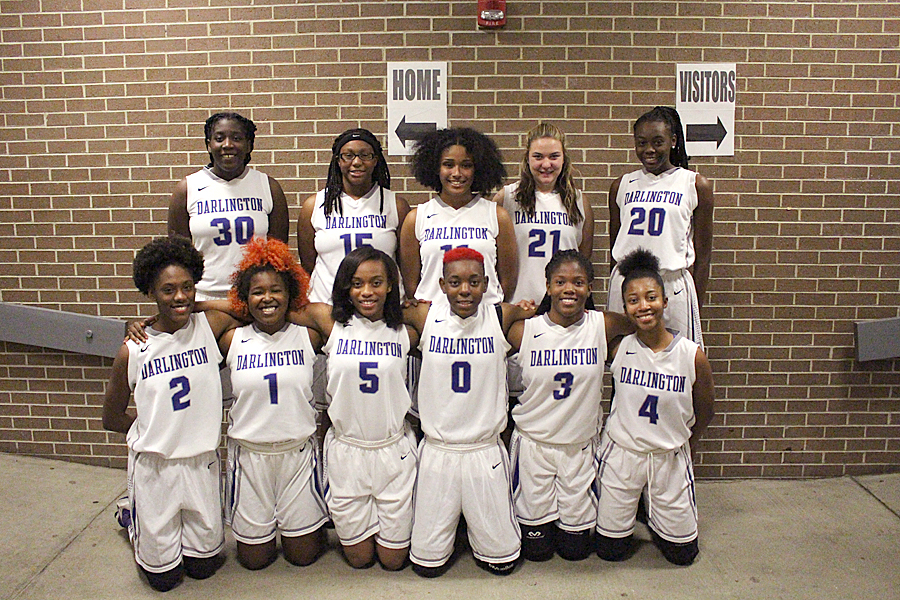 The Darlington Girls basketball team is getting ready to start its second year under the tutelage of head coach Brad Knox and if last year’s result were any indication of what is to come then it looks like the Lady Falcons might soon be a force to be reckoned with.

Coming off of Knox’s first season, the Lady Falcons were able to not only able compete with teams they had struggled with in the past, they were able to win and accomplish goals that the program had not seen in over seven years.

Finishing the season with a 15-8 overall record, Darlington finished third in the region and advanced to the second round of the playoffs, a feat that according to Knox, had not be accomplished in the last five years, along with winning its first Christmas tournament in seven years.

In the sports world, however, it’s trying to maintain that success that proves to be such a challenge. Each year, players graduate, new players come in and other teams adapt to what coaches like to do.

For a seasoned head coach these situations, while still difficult, are better handled because of lessons learned from previous experiences. Knox, however, doesn’t have that head coaching experience yet; but that does not mean he has not figured out a way to learn.

Returning from last year’s squad, Knox could potentially have one of the best frontcourts in the region with Hope Richardson and Kadasia Evans. With both standing over six feet tall they command a presence about them on the court that will be vital to Darlington’s success for the upcoming season.
“Well I think this summer Hope’s game has improved,” Knox said. “I look back at last year and we tried to give her more things that she could be able to do. Last year we kind of just wanted her to come down, set up on the block, but this year we kind of want to let her handle the ball more, get the ball off the rim and push it coast to coast. With LaDayshia Bonaparte’s absence this year we have Kadasia Evans, who played varsity as a freshman that can come in and fill that role. We just have to be consistent.”

But while the frontcourt looks set for Knox, the backcourt might be another story. After graduating a majority of its guards outside of Asani Davis, Darlington is going to be breaking in a whole new group of young guards.

“I think what we lost last year was a lot of athletic guards,” Knox said. “We had multiple people that could play multiple positions, they could play inside and they could also play outside. Also at point guard we have Asani Davis returning as our point right now so we are just looking for a lot of young girls to be able to step up and take on that role of the pieces that we are going to be missing from last year.”

The best way to fix a potential weakness, however, is to prepare and work as hard as you can and that is exactly what Knox and his girls have done this summer as they got ready for the upcoming season.

“For this year, I tried to put them through a lot of things in the summer,” Knox said. “We played in a summer league in Darlington against a lot of boys; we went to three camps, the College of Charleston camp, we stayed two days, played against a lot of competition with that. We went to Coastal Carolina, played a day there and we also went to Coker College, we played two days there. We tried to put the kids through a lot of games to gain experience. Gaining experience is one of the key things you can have.”

All of this work is aimed at one goal and that one goal is to win now. People like to go with the notion that programs are built over a certain amount of years and that varies among each person, but Knox thinks differently when it comes to this. He believes you aim to win now.

“I want to bring a home playoff game back to Darlington on the girls side,” Knox said. “It’s been a minute since the girls’ basketball program has played a home playoff game and I think that we have to get to the next level of beating the Hartsvilles and the Wilsons and try to get this program to turn over in the right direction. I think we are peaking, I don’t believe in years and years, I believe in getting it done now.”

So what does the Lady Falcons team have to do get to this level of play that Knox is talking about? According to him it starts with defense and includes having an offense full of versatile players.

“For one we have to be able to play defense. Defense wins championships, offense sales tickets, but yet we still have to be able to score,” Knox said. “I think we have multiple people that can do something at multiple positions. We have a young lady name Jessona Gray, who has developed well over the summer. Hopefully she can play inside out for us and go bigger. We have Ty’Sha Harmon-Dubose, she will be a four year varsity player so we are looking for some big things from her. Daisha Jones, she kind of played a little bit last year so we are looking for her to step up in some role. We have a lot people that can kind of come in and get some minutes.”

Speaking of how to win a championship and actually winning one is completely different. In the real world talk is cheap and everything we do is measured by the success that we have in what we do and at the end of the day, no matter how good everything sounds, Knox and the Lady Falcons are going to be measured by their success.

That leads to the biggest question this season. How does Knox see this season going for his team?

“I think that the returners that we do have, have a lot of experience knowing what I expect out of them and we looked good in summer so we just have to transfer it to the season,” Knox said. “I think any time as a head coach or coach you have dream big, dream high and I expect to win the region.”