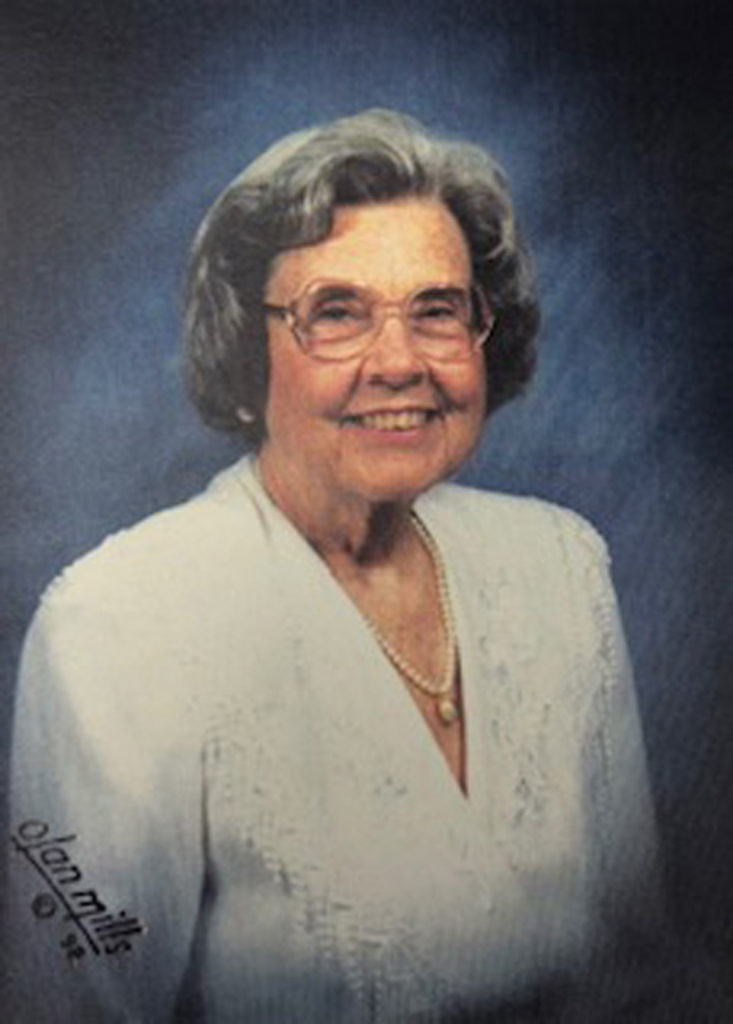 Wanda Gail (Richards) Spivey, of Bethea Baptist Retirement Community, Darlington, passed away May 5, 2020, after a wonderful life full of Christ-like love for others including her husband, three children, seven grandchildren and 11 great-grandchildren. She was 93.
Born in St. Louis, Mo., on Nov. 19, 1926, to Raymond and Willie Richards, she is survived by her loving husband of 73 years, Virlin Edward Spivey, her three children, Virlin Edward (Tricia) Spivey Jr. of Washington, D.C., Gail (John) Veale of Darlington, and Richard (Nanette) Spivey of Florence. “Mimi” was also beloved by her grandchildren Colleen (Adrian) Spivey, Christopher (Kelci) Veale, Kate (Damaso) Spivey, Sara (Brett) Hickman, Kyle (Megan) Spivey, Brent (Danielle) Spivey, Samuel (Cassy) Spivey, and grandchildren Daniella, Henry, Sophia, Ethan, David, Owen, Cecelia, Emilee, Reagan, Jack and Ellis.
She is survived by her sister Willa Stearnes of Phoenix, and was preceded in death by her brother Jack Richards and sister Jenna Lou Richards.
Wanda attended and excelled at Lindenwood College and was secretary to the superintendent of schools in Sikeston, Mo. She married Virlin Edward Spivey in Sikeston on May 17, 1947, and together they raised their family and faithfully served their church and community in St. Charles, Mo.; Cape Girardeau, Mo.; Kennett, Mo.; Vincennes, Ind., and St. Augustine, Fla., before moving to the Bethea Baptist Retirement Community in Darlington in 2016.
She was completely devoted to her family and her church, demonstrating a servant’s heart in all that she did. A lifetime love of books, reading and educating was extraordinarily exemplified in her over 40 years of serving as library director and volunteer at Ridgecrest Baptist Church in Vincennes, Ind., and Anastasia Baptist Church in St. Augustine, Fla.
She founded the State of Indiana Media Library Organization, and worked tirelessly with churches to establish and develop their media libraries. She also served on the Executive Board of the Indiana State Convention of Baptists for six years, and was active in campus and women’s mission ministries in her local churches.
She will be greatly missed as a cherished wife, beloved mom, adored grandmother and great-grandmother (“Mimi”), and a faithful friend to all. With her virtue, faithfulness, reverence, strength and endurance, Wanda Spivey was a great example of a Godly, Proverbs 31 woman.
A memorial service in her honor will be announced at a later date. Kistler-Hardee Funeral Home is serving the family.