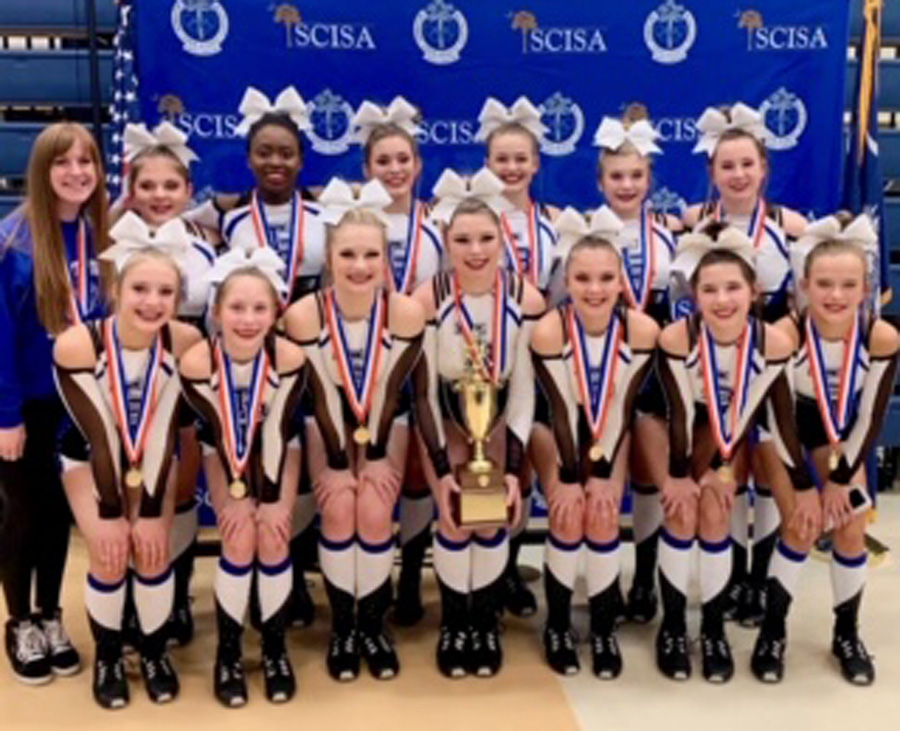 Trinity-Byrnes Collegiate School’s Competition Cheer Team recently won the SCISA 3A Division 1 State Championship at the Sumter Civic Center. This is the inaugural year for TBCS to have a competition cheer team. The team consists of eight middle school and five high school students. The team won four Regional competitions leading up to the state finals. They achieved the highest overall score out of all the competitive division at each competition, including the state championship. At the State Competition, Trinity-Byrnes scored a 312 out of 330. The next-highest-scoring team was a 283, which was Hammond, followed by Cardinal Newman with a 282. The team is coached by Katey McCoy, a former Clemson cheerleader and veteran gymnastics coach.