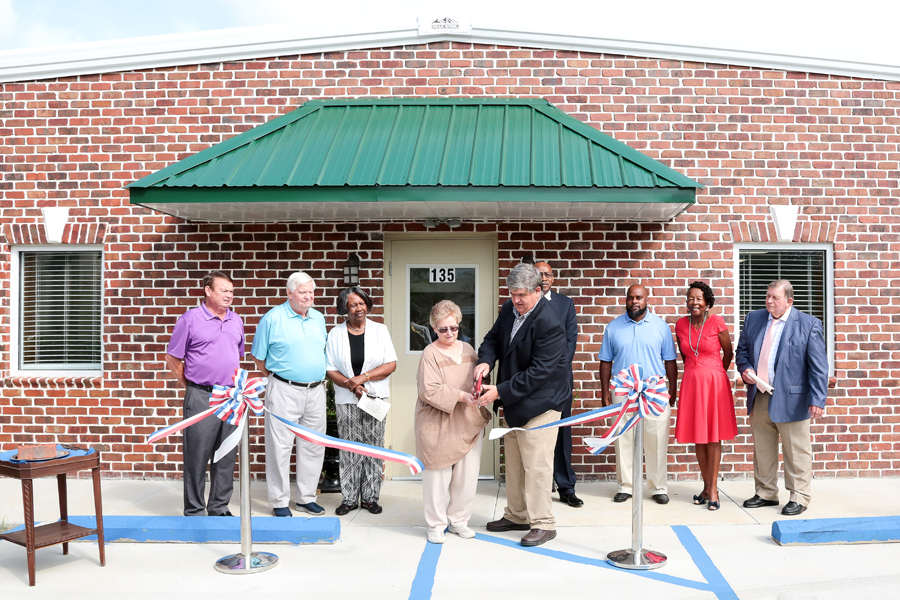 Darlington County Elections and Registration officially started doing business at their new annex building earlier this summer, using the new facility for vote tabulation and announcements at the June 12 primaries. But no new space is completely ready to go until the official ribbon cutting ceremony, and that August 22 soiree was attended by citizens, volunteers, local elected officials, and state government dignitaries.

Darlington County Elections and Registration director Hoyt Campbell and Elections Board chair Ellen Causey cut the ribbon and welcomed guests inside for refreshments and reflections on the twenty-five year effort to expand the voting office into a roomier and more secure facility.

Michael Chisholm of the South Carolina Election Commission praised the building’s emphasis on keeping the ballots and voting machines safe and sound. 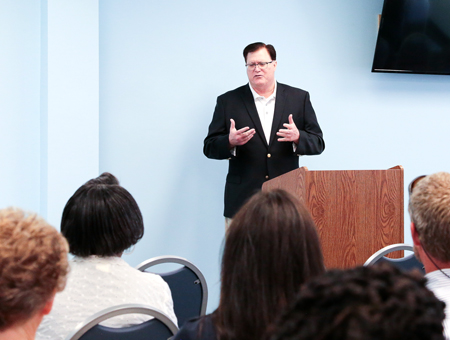 “Security is so important to us, and Darlington is really showing that security is important here as well. We hear about (this issue) in the news all the time, and this couldn’t be a better monument to your efforts at keeping your voting systems secure,” said Chisholm.

Costing $180,000, the 40-foot by 80-foot steel building features a brick facade (for aesthetic blending with downtown’s stately older buildings), carpeting and seating in the publicly accessible reporting and returns area, and a window through which visitors can watch elections officials compile voting results as they happen.

Speaker of the SC House Jay Lucas joked that he expects to hear complaints soon that the county’s dated voting machines – in service since 2005 – look rather poor in relation to the spiffy new building, and he plans to address that concern in upcoming legislative sessions.

“Sooner rather than later, we’re going to try to put some first class voting machines in this first class building so the first class citizens of Darlington County can have a place they can be proud of,” said Lucas.

The front room is a spacious, carpeted area with seating and flat screen televisions, which display live tabulations. Also, this area will be used for early and absentee voting, with machines and attendants ready to help citizens cast their ballots in advance of big elections.

Campbell says that in the presidential election of 2016, his office served 620 absentee voters on the day before the election, and the new larger office will be able to comfortably accommodate those who need or wish to take advantage of early voting.

The Darlington County Office of Elections and Registrations is located at 131 Cashua Street in Darlington, and the new building is right next door at 135 Cashua Street. For more information, call 843-398-4900.