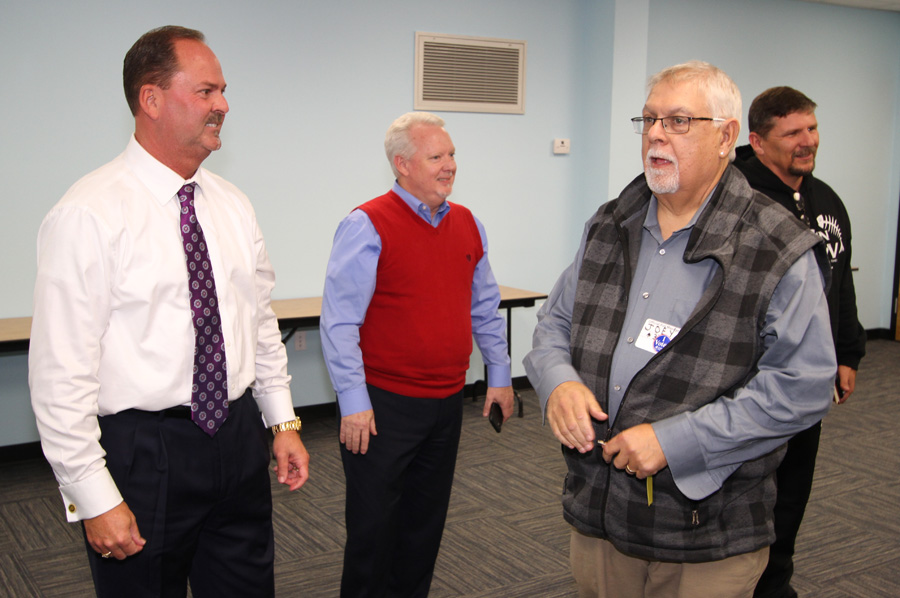 Nettles, director of community outreach and marketing for Genesis Health Care, got 554 votes to defeat Ernest Boston Sr., who works for Generation 3 Powersports and who received 430 votes in the Nov. 19 runoff. (These election numbers are unofficial.)

Nettles said he only fell four votes short of winning outright in the Nov. 5 elections.

“A runoff takes a lot of extra time and a lot of effort from a lot of people. I’m just happy we were all able to get it together and the voters came out,” Nettles said.

During the two-week runoff campaign, Nettles said he used phone calls, social media, door-to-door efforts – “basically just getting back out there and reintroducing myself for two weeks.”

Boyd, a businessman who defeated incumbent Mayor Gloria Hines nearly 2-1 on Nov. 5, endorsed Nettles and posted Facebook messages supporting his runoff race. “Absolutely,” that helped in the runoff, Nettles said. “We were all working for the same thing. We basically had the same voting pool. It stands to reason that it all goes hand in hand.”

“Done!” Boyd posted on Facebook after Nettles won the runoff.

Boyd and Nettles both will take office in January.

Boston, who got 643 votes in the Nov. 5 elections to Nettles’ 780, could not be reached for comment. But on Facebook, he posted thanks to his supporters and wrote: “We may not have got the desired outcome, (but) my devotion to the ‘Pearl of the Pee Dee’ and its citizens will not waver. … Even though today I lost, we will continue to work to make sure that you, our town, wins.”

In a League of Women Voters survey, Boston said Darlington is “not going backwards, but we are not moving forward, either.” He asked: “How can we get funding for our drainage system to attract businesses to downtown Darlington? What can we do to attract more businesses and development to the city? How can we partner with local and state law enforcement to help not only reduce crime but create more cooperation within the community?”

In the same survey, Nettles said: “We need to review/revise outdated ordinances which deter new business from coming in and current ones from growing. All communities should receive equal treatment, not just certain ones. We also need to have a one-, three- and five-year business/budget plan and use funds for their intended purpose and not spend funds we do not have. In short, manage to success.”

He added: “We need to address/resolve ongoing stormwater drainage issues. Create a more unified city and overcome the divisiveness that has troubled us for some time. As a city, we need to work to resolve issues rather than create them for self-gain.”