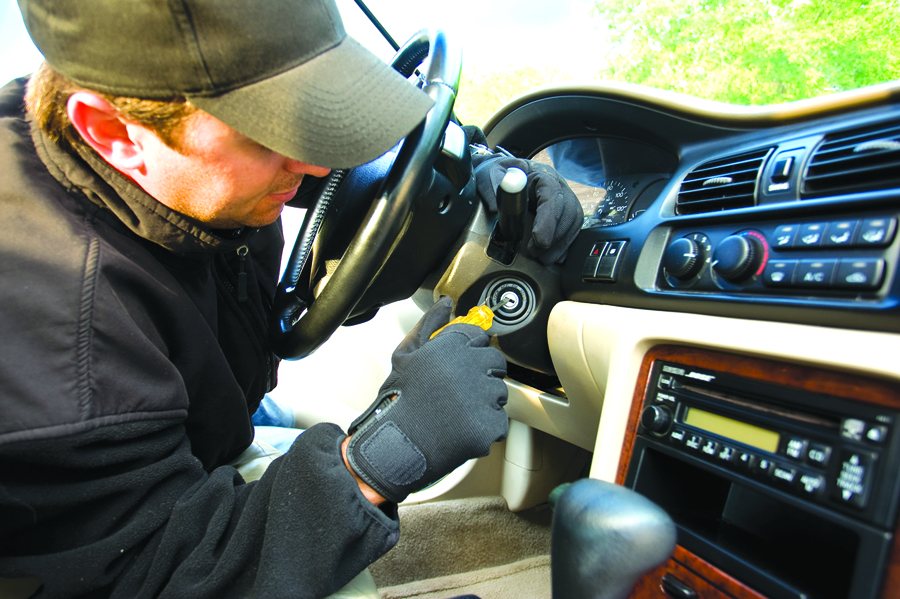 Vehicle theft is something few people imagine happening to them. Until it does. While many motorists may think technology has done wonders to curb vehicle theft, the National Highway Traffic Safety Administration notes that a motor vehicle is stolen every 46 seconds in the United States.

Auto theft is sometimes mistaken as a victimless crime. After all, insured motorists are typically reimbursed for stolen vehicles, and drivers whose cars are returned after being stolen can simply submit a claim to have any damages paid for by their insurers. But this characterization of auto theft is untrue, as all motorists, whether their car’s been stolen or not, pay for auto theft. The Insurance Bureau of Canada notes that each year auto theft costs Canadians roughly $1 billion. That figure includes the $542 million insurers pay to fix or replace stolen vehicles each year. Those costs are ultimately passed on to customers, who then indirectly pay for the actions of car thieves.

Curbing auto theft is not necessarily the job of drivers, but there are things motorists can do to reduce the likelihood that their car will be stolen by opportunistic thieves.

• Lock your vehicle at all times. One of the simplest ways to protect a vehicle from prospective thieves is to always lock the windows and doors, even when you’re inside the vehicle. Auto thieves like things to go quickly and smoothly, and locked doors and rolled up windows only complicate things for thieves. Get in the habit of locking the vehicle when you’re driving, as unlocked doors make it easier for carjackers to surprise unsuspecting motorists.

• Park smart. Some motorists like to park far away so their vehicles are not at risk of being dinged or scratched by inattentive drivers and passengers getting into and out of nearby vehicles. Others may simply not have the patience to find parking spots in well-lit areas close to home or storefronts. But thieves may target vehicles parked nowhere near foot or automobile traffic. Always park in parking garages or other well-lit areas, which deter thieves from breaking in and driving away with your vehicle.

• Etch the VIN onto your windows. Car thieves are not in the auto theft business so they can build a fleet of stolen cars. Upon stealing a car, many car thieves head right for a chop shop, which is a place where stolen cars are disassembled and then sold for parts. By etching the VIN, or vehicle identification number, of your car or truck on your vehicle’s windshield or windows, you may be making your car less attractive to prospective thieves and the chop shops they do business with.
Vehicle theft remains a problem even as technology has done much to prevent it. But drivers can take steps to reduce their risk of being victimized by car thieves.