With the start of a new fall semester fast approaching, Florence-Darlington Technical College Interim President Ed Bethea is optimistic that the new school year will be a good one. After taking over the president role in March, Bethea has put plan into action to get the school on a firm foundation. 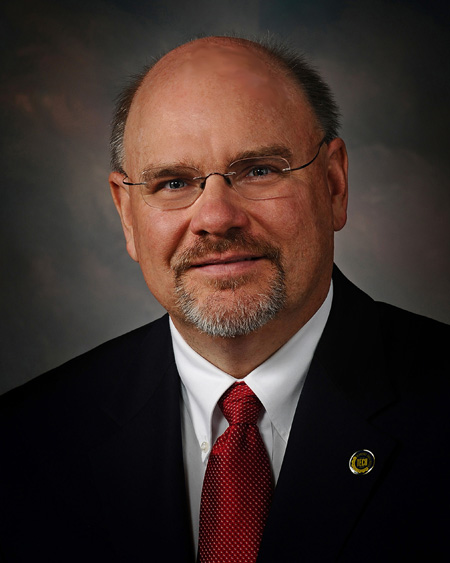 “I don’t know what the time frame will be for hiring a new president so I am basically implementing a strategic planning process that we are going to start fairly soon,” Bethea said. “It is going to include a lot about the things that we need to do here to put us on good financial footing.”

Bethea said that a large part of that includes finding a way to accurately predict and track enrollment.

“I want to, overtime, have a good robust enrollment plan that helps us predict what our enrollment is going to be really well so that we can know and plan better,” Bethea said. “As a result of that, we can right size the institution. I’m not planning on letting people go or anything like that. As people decide to leave the institution, we may not fill those positions and things like that. I feel like we may be slightly overstaffed and we need to get back down to what is appropriate for the enrollment we have. I’m just trying to make sure that we have a solid plan for enrollment, knowing where that level will be.”

Years that saw sharp increases in enrollment were 2007 and 2008.

“From 2007 to 2008, those two years, we basically grew by 20 percent each of those two years,” Bethea said. “Those years were part of the Great Recession. We are in a fairly robust economy now that is the opposite of that economy and that’s hurt enrollment a little bit. So we are going to plan for the appropriate enrollment to size our workforce accordingly.”

Before being named interim president, Bethea worked as the Vice President for Marketing, Public Relations and IT. He said that he has had to learn a lot in his new role.

“There was very much a learning curve when I was named interim president,” Bethea said. “This job is probably 60 percent personnel. I’ve been here 31 years and since I’ve been here, I’ve had a very stable staff in my areas of authority. I didn’t really have personnel issues. This job is 60 percent dealing with personnel issues because if they are severe enough they land on my desk. So, I’ve been learning a lot about personnel.”

Even though he has had to learn on the job, not everything was new to him.

“Having been here a long time I knew a little bit about all parts of the college,” Bethea said. “I had an understanding of how everything fit together; I’ve seen it operate. I had a great mentor in Dr. Charles Gould who was here for about 20 years. I worked under him and I was on his executive team for a long time. I got to see how he managed a lot of issues so I had a lot of training in all aspects of the college and saw those issues come up. There were a lot of times when I had a chance to see how the whole enterprise worked. Until you’re in the job, though, you may have some input on an issue but, you’re not the one in the end who had to make the decision.”

Bethea said that he has worked carefully with the college staff to make sure that they are making the best decisions, even when they are not popular.

“Everything ripples through an organization,” Bethea said. “Some of those decisions are hard because you have to tell people things they don’t like to hear. Being in PR and Marketing I’m always trying to accentuate the positive and try to have good news. I have to deliver sometimes bad news in a job like this. It is just the nature of the beast. But it is a very rewarding job because you do have the chance to make a difference in students’ lives; you can make it better for the students and the staff. You can make a positive impact.”

When he was called upon to fill the interim role, Bethea said he started with one priority in mind.
“Our finances were priority number one,” Bethea said. “We had gotten to a point where we had some trouble with our financial position. We spent maybe a little bit too money and we had based our budget on more students than we actually had. The budget was in need of being cut and as soon as I got in the job, I cut the budget by $1.8 million with the help of a lot of people. We went over every line item in the budget. If there was $40,000 left we asked the person who was in charge of that budget if they could make it on less. We pulled back money. We didn’t have a lot of cash on hand. We are in a much better position with that.”