Transforming pumpkins into cleverly carved creations is a Halloween tradition. Each October, glowing pumpkins take up residence near doorsteps and porches, adding to the magical ambiance of the season. Young and old spend time designing their themes and then taking knife to pumpkin to achieve the desired effects. 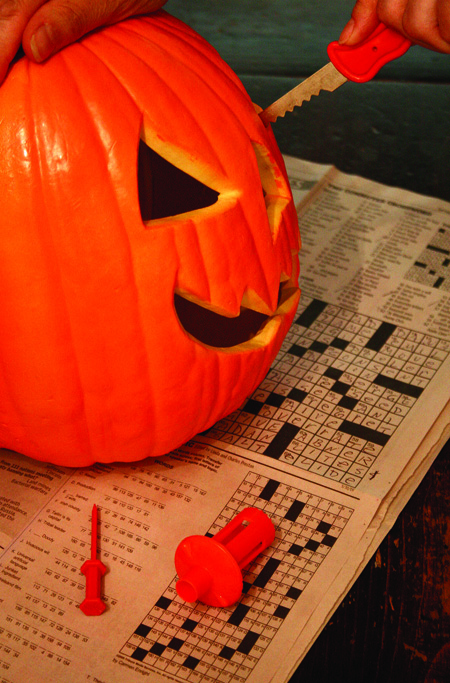 Carving pumpkins into jack-o’-lanterns can be traced back centuries to Ireland and a story about “Stingy Jack.” The tale involves Jack outwitting the Devil twice, the second time freeing the Devil from a prank in exchange for the promise that he would not claim Jack’s soul should Jack die. When Jack did die, God did not want the unsavory character in heaven, but the Devil could not claim Jack for hell. Therefore, Jack was relegated to roam the planet indefinitely with only a burning coal to light his way. Jack put that coal into a carved-out turnip. His ghostly figure was referred to as “Jack of the Lantern.” Later on it was shortened to “Jack O’Lantern.” When Irish immigrants arrived in North America, turnips weren’t plentiful, so jack-o’-lanterns were instead carved into pumpkins.

Today, many people carve jack-o’-lanterns, with some featuring just smiling or grimacing faces while others are far more artistic creations. These tips can help anyone carve a pumpkin.

• Begin with a fresh pumpkin. Look for a pumpkin with a green stem. If the pumpkin has been sitting around for too long or has been handled too much, the stem can get brittle and/or fall off. A thick, fresh pumpkin is best for carving.

• Plan your ideas. Draw a plan for your pumpkin before you make your first cut. Then transfer that design to the pumpkin with pen or a thin marker. Pumpkin-carving kits come with designs that can be “traced” by poking small holes to create the outline of the design.

• Don’t cut all the way through. Many professional pumpkin artists do not actually cut clear through the flesh of the pumpkin. They carve and shave off layers of the outer rind until it becomes more translucent. The level of transparency can be adjusted based on how much skin is removed and as a way to add texture and shadowing. The more air that is allowed to penetrate the pumpkin, the faster it will start to degrade.

• Delay carving until the last minute. Wait until the day before Halloween to begin carving. Pumpkins are a perishable item, and they’ll begin to rot as soon as you begin carving. Spritzing them with water can help them stay fresh, but there’s no turning back the clock once the first cut is made.

With some creativity and a little know-how, anyone can create an eye-catching jack-o’-lantern.