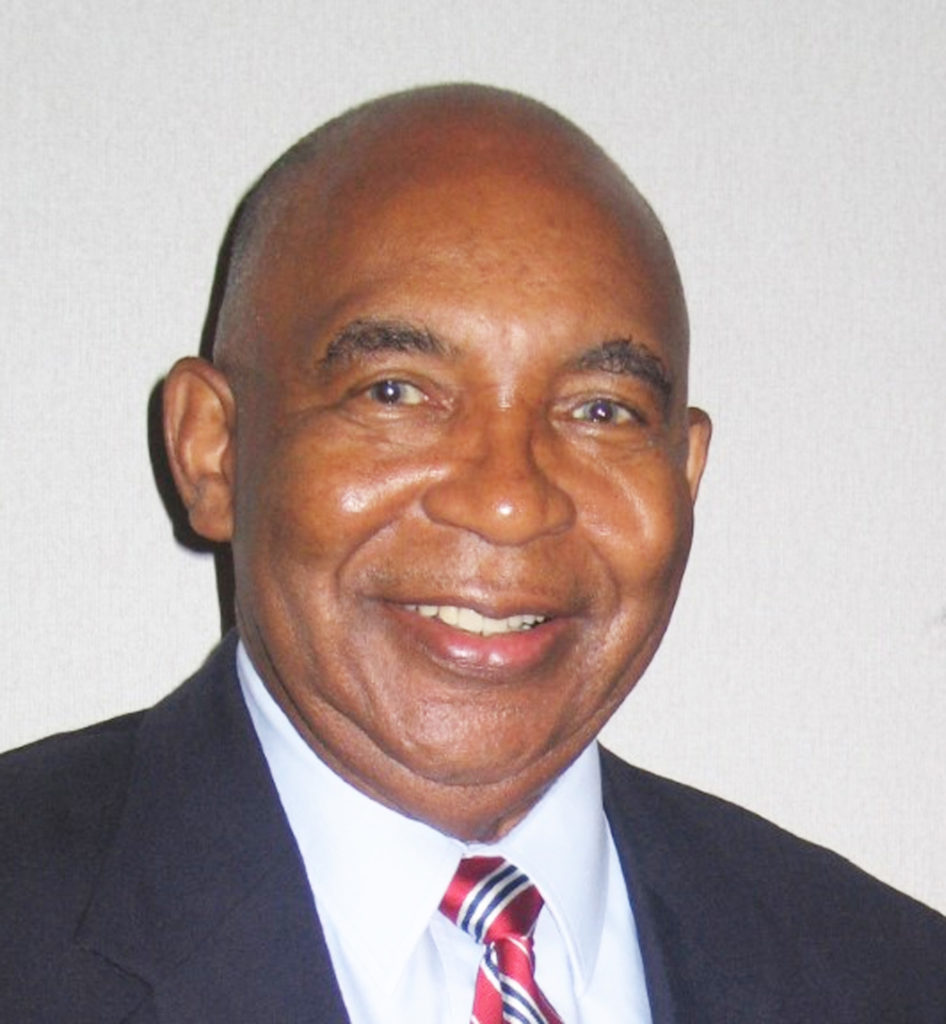 Deacon Laverne Wingate was born on Dec. 15, 1932, in Darlington. He was the fifth child of the late Prince Wingate and Rosa Lee Hammonds Wingate. He departed his earthly body on June 14, 2020.
Laverne was educated in the public schools of Darlington County and attended Cherry Grove Elementary School and graduated from Mayo High School. He received his undergraduate degree from Benedict College in Columbia with a Bachelor of Science in business education. He received his Master’s Degree in gerontology from the University of Nebraska at Omaha.
Laverne enlisted in the United States Air Force (USAF) in 1952. During his military career he was stationed at various bases around the world and was a combat veteran of the Korean Conflict and Vietnam War. He retired as a Chief Master Sergeant after 32 years of honorable service.
After his retirement from the USAF, Laverne started a second career with the Department of Veterans Affairs (VA). He retired again in 2005 as a readjustment counselor working with veterans with post-traumatic stress syndrome at the Vet Center in Columbia.
Laverne believed in helping his community and participated in outreach programs to help homeless veterans and provided counseling services to incarcerated individuals.
Laverne loved the Lord and was devoted to his church family. At an early age, Laverne gave his life to his Lord and Savior Jesus Christ. He served as a Deacon at Cherry Grove Missionary Baptist Church for over 50 years.
He was also a beloved Fulfillment Hour (Sunday School) teacher to generations of members. In later years, Laverne organized a reunion of students who attended the Julius Rosenwald School at Cherry Grove. This was an opportunity to reconnect with family and friends who received their educational and Christian foundation at Cherry Grove.
After his military retirement, Laverne resided in Columbia and re-established his membership at Second Nazareth Baptist Church where he was also a deacon under watch care.
Laverne was a Prince Hall Mason with the Cherry Blossom Lodge Number 42.
On Sept. 1, 1962, Laverne was united in holy matrimony to his loving and devoted wife, Ella M. Lighty. They were married for 57 years and were blessed with five children. Laverne had a deep love for his wife, children, grandchildren and great-grandchild. All knew him as “Daddy.”
He took pride in their accomplishments and encouraged and celebrated their successes. He provided great advice and guidance but most importantly he provided unconditional love. This love also included his large extended family for both the Wingates and Lightys. Other than his love of the Lord, family was the second most important thing in his life.
Left to cherish his memory is his wife, Ella M. Lighty Wingate. He is also survived by his children Wanda Wingate, Cheryl Wingate, Marsha (Dedric) Wingate Hudson, Vernita Wingate and Michael (Shantel) Wingate, all of Columbia; and grandchildren Deon (Tonisha) Jacobs, Lesley Jacobs, Maya Wingate, Ian Wingate, Hannah Wingate and great-grandson Aiden Anderson. A second great-grandson will join the family in fall 2020.
He will also be missed by a host of nieces, nephews, cousins and friends. Laverne is survived by his brothers Paul E. Wingate and Charles M. Wingate and sisters Charlie Mae Wingate Luckey, Evelyn Wingate Rhodes, and Joyce Wingate Thomas, all of Darlington; brothers-in-law Fred Lighty, Louie B. (Fredericka) Lighty and sisters-in-law Bertha Lighty Wilkinson, Rudean Lighty Cain, Helen Lighty, Doris Lighty and Marilyn Hines.
He was preceded in death by his parents Prince Wingate and Rosa Lee Hammonds Wingate and his siblings Lavelle Wingate, Clara Wingate Jackson, Prince G. Wingate, James L. Wingate and Maxine Wingate Walker.
The public visitation was held Friday, June 19, from 5-7 p.m. at Thompson Funeral Homes at 845 Leesburg Road. The homegoing service for Laverne was being held for immediate family but extended family and friends were invited to participate via the livestream service hosted by Thompson Funeral Home at 2 p.m., Saturday, June 20, 2020. It could be joined at the following link: service: https://client.tribucast.com/tcid/286112380.