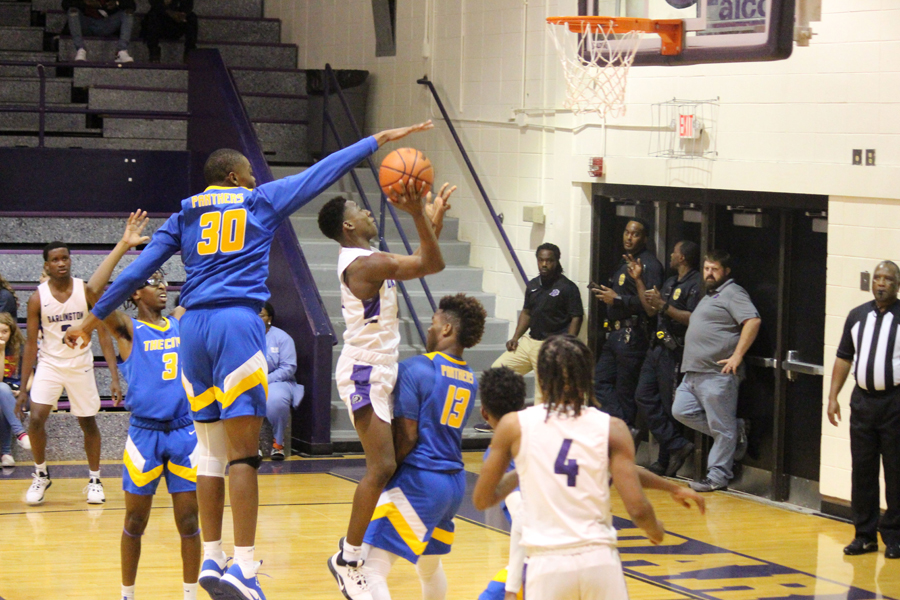 Both the Darlington Falcons and Lady Falcons took care of business Dec. 10 at home against Lake City with both teams coming out victorious.

Freshman Deuce Hudson scored 20 points and Darlington rallied from multiple deficits en route to a 52-49 win over the Panthers.

“Big-time game from freshman point guard Deuce Hudson,” Darlington boys head coach Anthony Heilbronn said. “Led us with a career high 20, and he really hit some clutch shots. I’ve said all year, we will go as he goes, and tonight he took us over the top in the end; couldn’t be more proud of him.”

Up by four at the end of the third quarter, Darlington allowed Lake City to go on a 12-2 run in the fourth quarter, giving the Panthers a 45-41 lead with 4:33 left in the game.

“Credit to Lake City and their pressure,” Heilbronn said. “Gave us fits at times and turned us over. I’m glad we were able to break it when necessary and also get stops at the right time. They are a good team and they gave us all we could handle tonight.”

From there the Falcons outscored the Panthers 11-4, with nine of those 11 points coming in the final 2:20 of the game.

“Great effort by our guys to not quit and to respond every time they made a run,” Heilbronn said. “They would score 6-8 points and then we would respond right back. Great sign for me with such a young, inexperienced team.”

Back to a one-possession game, Darlington needed a last bit of offense and it got it from eighth-grader Keenan Dubose, who made one of two free throws with 15.6 seconds left to push the Falcons lead back up to three.

Darlington was sloppy in the first half, trailing by as many as six before going into the half down by only three. One bright side was the fact that the Falcons defense did not commit their first foul until 3:07 in the second quarter.

Darlington is 7-1 on the year.

The Lady Falcons put on an absolute clinic against the Panthers. From start to finish this game was never close.

The second half was basically cruise control for Darlington, which despite being outscored 14-13 in the final two quarters, was never in any danger of losing.

The Lady Falcons are 5-1 on the year.