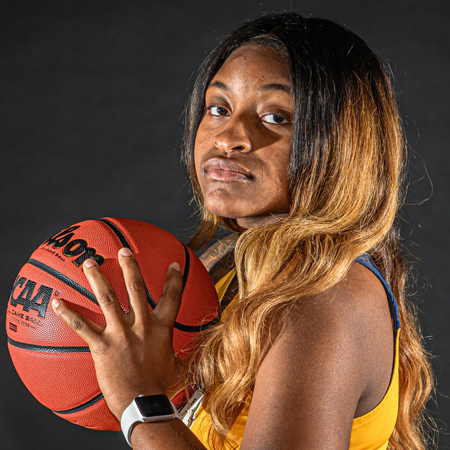 The teams went back and forth for the first few minutes, before Coker put together a run to go ahead 14-8 at the halfway point of the frame. Queens would get within two with three minutes to play in the quarter, before Coker would extend its lead to six and then to the frame’s final score at 23-15.

Queens would get back in the game by winning the second quarter 19-8. The Cobras extended their lead to double digits over the first three minutes of the period, before Queens would chip away over the next few minutes before finally taking the lead with a three-pointer from Kelsey Leedle at the two-minute mark. Queens would stretch its lead to five in the final minute, before a layup from Erin Houser with 24 seconds left served as the quarter’s final bucket. Queens took a 34-31 lead to the half.

Queens would build its lead to double-digits two and a half minutes into the fourth quarter, while keeping Coker at a distance of at least nine points. Coker would get back within 10 with a minute and a half to play, before Queens would come away with the road victory.