City fees: ‘Do not put this on our back’ 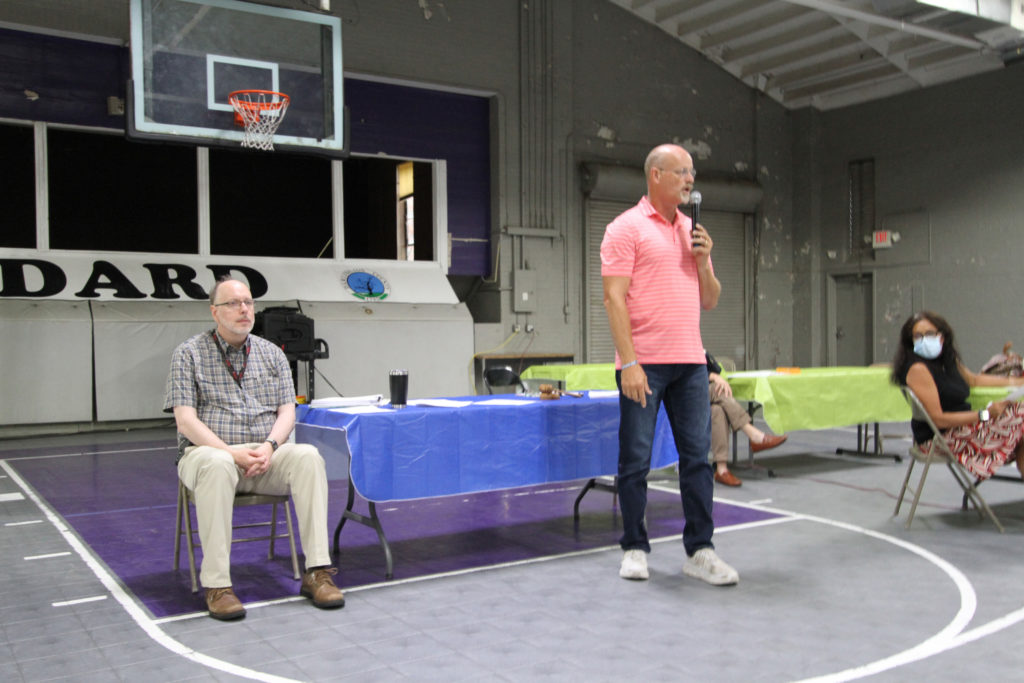 Darlington Mayor Curtis Boyd speaks to a gathering of citizens. 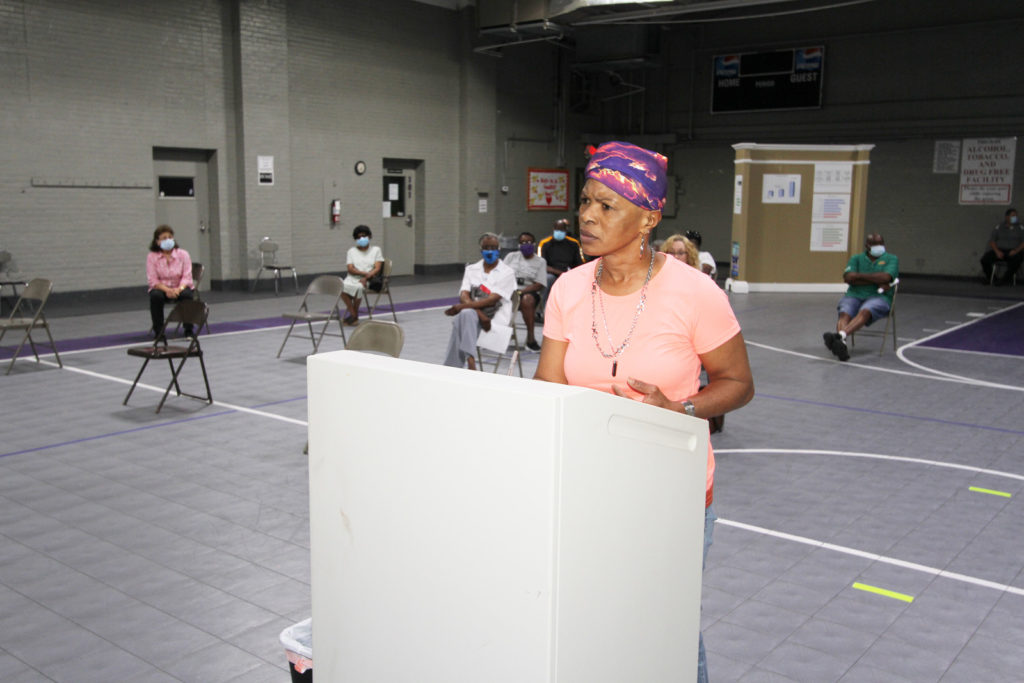 Ernesting Lyde speaks to those gathered.

Rose Pruitt speaks to those assembled.

At a public hearing last week, Darlington city officials argued forcefully that the city must raise several fees, including water/sewer rates. Darlington residents argued just as forcefully that the city must not.
It’s not clear if any minds were changed during the hearing at Harmon Baldwin Gym June 25 – the first time residents have gotten the chance to speak in person to City Council about the increases. But a final vote on the hikes was set for June 29, as council wraps up its budget for next fiscal year.
The fee hikes, especially raising water/sewer rates, have been a painful topic for council for the past few months, as members have been meeting online during the COVID-19 lockdowns. Council already has taken the first of two votes to raise fees on city services – increases expected to cost the typical household about $216 more per year.
The plan would:
— Raise city water/sewer rates by $9.55 a month for typical residential and commercial users. City officials say this can’t be avoided if the water/sewer system is going to keep operating.
— Raise sanitation rates by $6 per month for households and businesses. That takes them from $22.50 a month to $28.50.
— Raise stormwater rates by $2.50 a month for residential customers; rates for businesses would rise based on businesses’ size, with a minimum charge of $25 a month.
Council has often made clear its reluctance to raise any type of fees in the midst of the COVID-19 pandemic and collapse of much of the U.S. economy. Complaints about the increases have been coming to City Council via letters and e-mails, but last Thursday night was the first time citizens – face-masked, socially distanced and temperature-checked – could personally face council. About 20 people attended the hearing.
Resident Rose Pruitt told council that the planned water/sewer increase “would leave many of us unable to afford the one thing that is necessary for all life on Earth, and that is water.”
“This during a deadly pandemic that requires us all to wash our hands and sanitize our surroundings,” Pruitt added. She said the rate increase would be unfair because of the number of Darlington residents living below the poverty line.
“Our aging infrastructure is on the verge of collapsing,” Pruitt said. “The (street) cave-ins will continue, the pipes will break and leak, and the rate increases will accelerate until the citizens of Darlington reach a point where all of us are unable to pay our water bills. It’s time to consider a different plan.” One possibility, she said, is a regional water/sewer system.
Another speaker, Ernestine Lyde, said: “It took years for (the water/sewer problems) to get like this. It ain’t going to clean up just that fast. It’s not going to happen. … But y’all are putting it on us that now we have to clean this up (immediately)? That’s not fair. That’s not fair. … You’ve got to figure out a better way for everybody.”
“At a time like this, it’s wrong,” another speaker told council. “ … The previous mayor didn’t get anything done. But you’ve got a mayor now with less than six months in service, is already going to raise your water rates, way up there. … Do not put this on our back.”
“We don’t want to raise your rates, but we’ve got to,” said Mayor Curtis Boyd at one point. “We’ve got to get out of this hole, to the point that we can fix our town.”
“There’s not a single person up here that’s not fighting to try to make our town better,” Boyd said, indicating the other City Council members.
One speaker, Ernest Boston, told council: “If you fix this problem, this year, are you going to be back and say, ‘Guess what? We’ve got another problem we’ve got to fix.’ … Twenty years ago, I stood before the City Council and said the same thing.”
Some residents questioned the city’s recent purchase of $600,000 worth of land off the Harry Byrd Highway as the foundation of a sports complex – why, they asked, could the city not apply some of that money to shoring up the water/sewer issues? But that money came from funds that can only be used for recreation.
City Manager Howard Garland emphasized that the age of the city’s water/sewer system is a massive problem. “Darlington is falling apart underneath the ground,” Garland told the residents at the hearing. “Our water/sewer lines are falling apart at an alarming rate.”
“All the rain we’ve gotten the past five years has shifted our water/sewer lines,” Garland said, adding that “we get a 100-year flood every few months now; we get a hurricane every year.”
“We are paying today for previous mayors and councils kicking the problem down the road,” Garland said. “Things that should have been fixed in the ’70s or ’80s or even the ’90s haven’t been fixed yet.” He said the state Department of Transportation hasn’t been responsive enough to the city’s needs.
If the city doesn’t deal with its basic infrastructure problems, Garland said, “We’re going to be Timmonsville or Lamar in five years. Nothing against Timmonsville or Lamar, but Timmonsville had to give their (water) system away to the city of Florence. … Lamar is under so many consent orders from DHEC (about water/sewer issues). … Folks, if we don’t raise these rates now, guess what? Six months from now, when we go bankrupt with our water/sewer department, we’re going to be forced to sell our water-sewer system to someone else.”