Home » News » After more than two decades as a band, Hanson tries something new with ‘String Theory’

After more than two decades as a band, Hanson tries something new with ‘String Theory’ 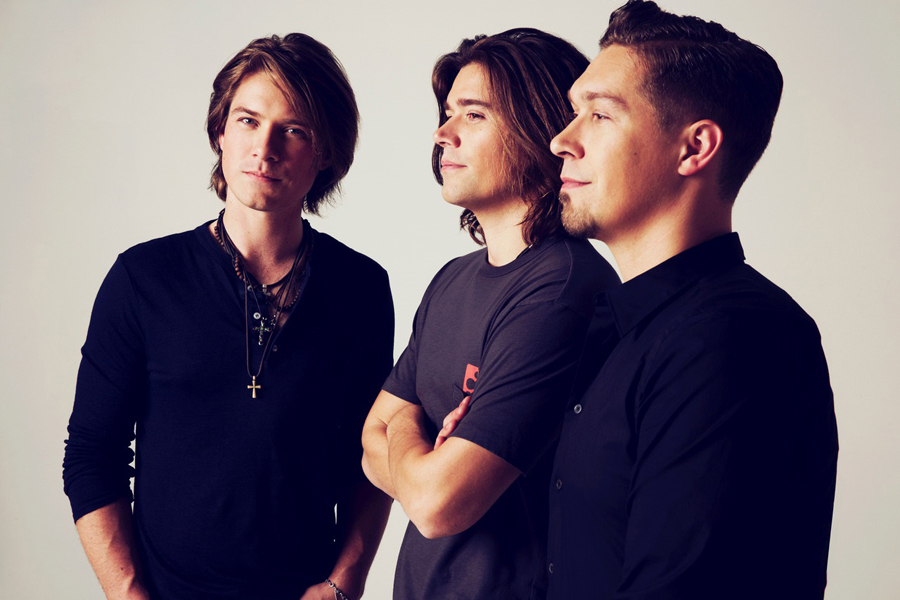 During Labor Day Weekend at Darlington Raceway, pop group Hanson sat down and talked about what it meant to them to be able to perform the National Anthem, celebrating more than two decades as a band and their upcoming release String Theory.

The trio, known to many for their infectious hit ‘MMMBop’, is ready to embark on a world tour later this year to support the album.
Though Darlington Raceway was a fun venue for them to perform in, the Southern 500 performance was far from their first National Anthem performance.

“We’ve been lucky, I think, that we’ve gotten to do the National Anthem in some cool places,” Zac said. “From local college basketball, the World Series, the Thunder basketball games.”

“We sang at the Women’s World Cup the year that the U.S. won,” Taylor said. “That was unbelievable.”

As anyone who has used YouTube can attest to, the national song of the United States is not an easy on to tackle.

“The National Anthem is a really hard song to sing for a lot of reasons,” Zac said. “One, the range is huge. Two, there is a lot riding on it. You really don’t want too much of your own fingerprint on it. And like Isaac said earlier, it is almost like a national hymn. You have to keep in mind that you are holding it; it isn’t yours. You want to respect it because it does represent a lot of things to a lot of people. It is not just the love of your country it is also the people who have died for your country, the people who have invested their ideas and their life in making this a great country. You want to walk out remembering that, make it as beautiful as possible and then give it away.”

Taylor agreed, saying that he and his brothers intended to lead more than perform.

“One thing that is really interesting is that a lot of people sing it like everybody is there to watch them sing it,” Taylor said. “What you are really doing is leading people in a song that they are supposed to sing with. The way that we’ve always sung it is the way we originally heard it, which is having a cadence to it and people can join in on it. Ultimately, it is one of the great gifts of being a musician: you get invited into some of the holy of holies for everyone else from sporting events, to the military and events of the state.”

“It really is the other way around from the way most people look at it,” Isaac added. “It is an honor for us to get to sing the song, not an honor for people to listen to us.”

Celebrating the 25th anniversary of their first album, the guys of Hanson said that they can appreciate the historical aspects of NASCAR and Darlington Raceway.

“We are lucky that we have been a band long enough to understand the value of history and that very few people to get to do something that they love for a really long time,” Zac said. “When you get to see the history of NASCAR, the fandom of NASCAR, the multiple generations of drivers and owners, as someone who has been around and has been able to do what you love, you have a real respect for that. You like being around it and seeing how it comes to be.”

Isaac said that all success comes with a little bit of luck. Zac agreed, saying that he and his brothers were grateful for all the luck they’ve received.

“People ask us did we think when we started that we would still be doing it; I was six when we started, twelve when people started to know the band in places like South Carolina,” Zac said. “The truth is it wasn’t outside of our consciousness to think 25-years later we’d be doing this but that doesn’t mean that is within your power. All you are doing is taking it one concert, one day, one recording session at a time and trying to earn that fandom, that relationship, that trust with people so they say ‘Okay, I’ll keep coming back’ We are not the best band in the world but we might be the most grateful. That’s our goal.”

With a new record on the horizon, the guys of Hanson said that they are excited for fans to hear the songs they’ve been crafting for several years.

“Our new album comes out later this year and it is called String Theory,” Zac said. “The thing is you have to keep pushing yourself; you can’t sit back and just coast. You have to keep finding things that keep you engaged and excited and keep you pushing your own skill set.”
Sometimes the biggest part of pushing yourself is getting out of your comfort zone. String Theory is proof that Hanson isn’t coasting; the double album features classical musicians and is something they take a lot of pride in.

“As many things as we’ve gotten to do as a band, arraigning a 50-piece orchestra is not one,” Zac said. “It was a challenge that we all had a mixture of reverence and fear of. It was so exciting to face that mountain. It was about two years of concept and a little over a year of arraigning. Now, getting to travel around and play with some of the greatest classical orchestras in the world is really cool. We just played with the National Symphony in Virginia and they’re amazing. I was born in Virginia so we actually went there when I was a kid and watched performances. Now we’re on the other side and we’re performing with the orchestra. It’s cool; it’s special. That is another time where history becomes your motivation.”­