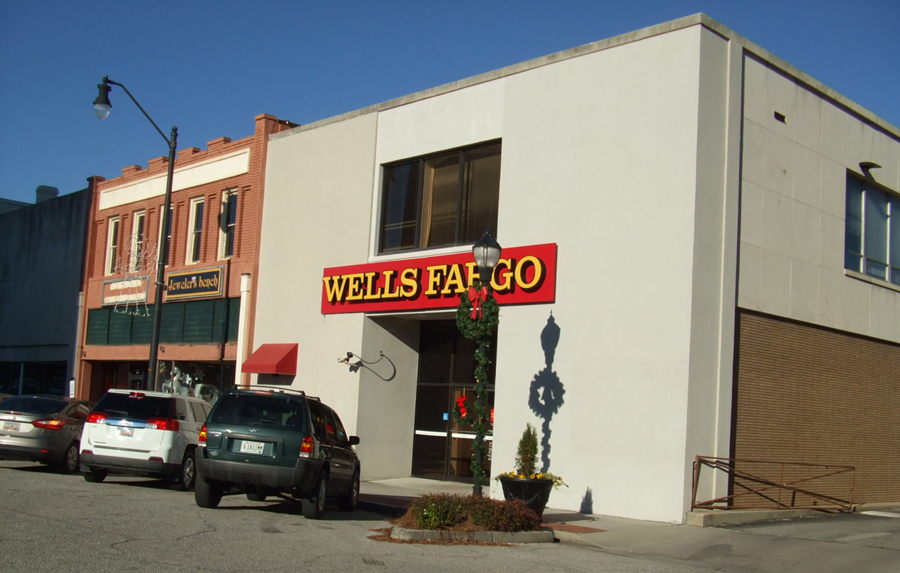 In a blow to Darlington’s Public Square, Wells Fargo will close its downtown bank branch Feb. 20, the company has confirmed.

Because of “changes in customer behavior across the Pee Dee,” Wells Fargo will shut down its bank at 58 Public Square, company spokeswoman Amy Amirault told the News & Press Nov. 28.

The bank is one of the biggest and – thanks to its display of the corporate name in big, bright yellow lettering – most visible buildings on the Square.

Wells Fargo customers in the Darlington area will still be able to do in-person business at the bank’s branches in Hartsville and Florence, Amirault said. The ATM at the bank’s Public Square branch will be relocated next to the existing Wells Fargo ATM at 202 Lamar Highway, she said.

Lisa Chalian-Rock, the city’s director of planning and economic development, said city officials are already “trying to market the property to other businesses. . . . We’ve got a couple of people we are definitely targeting.”

“It’s always disheartening to see a business leave,” Rock said. “But we’ve got to see this as an opportunity to bring new businesses in.”

Wells Fargo will be the second national bank to exit Darlington in the past few years; Bank of America earlier shut down its South Main Street branch as part of a corporate pullout from much of the Pee Dee region, including Hartsville and Florence.

But Rock said Darlington was able to find a rainbow in the clouds when Bank of America left the city.

The former bank property was sold to Asset Technology Group, which handles information-technology services for companies.