‘We missed a lot of opportunities’: Marlboro County downs Darlington 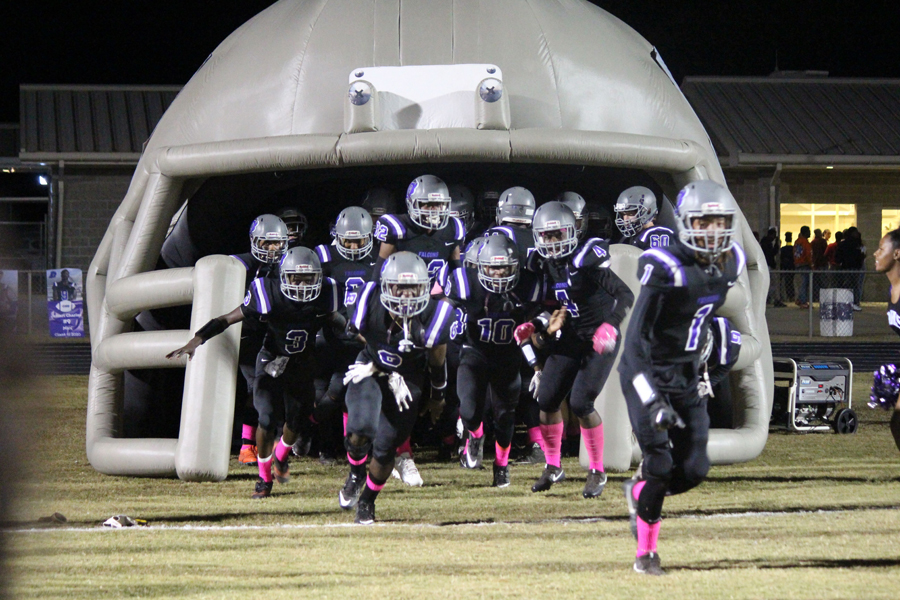 Despite a good first half, the Darlington Falcons were unable to match it with a solid second half, losing 28-6 to the Marlboro County Bulldogs at home Friday on senior night.

Coming off their first win in over two years last week, the Falcons rode that momentum into the first half with Marlboro County.

After a scoreless first quarter, Darlington struck first in the second quarter, going up 6-0.

While it was not obvious then, that was Darlington’s only bright moment on offense.

Marlboro County answered the Falcons’ score with one of its own on the following drive, going up 7-6 and the Bulldogs never looked back.

The switch of momentum in the second quarter was a result of missed opportunities and controversies that ended up playing into the hands of the Bulldogs, who were able to capitalize, and it turned into 28 unanswered points, 21 in the second half.

It started with controversy. After going up 6-0, the Darlington defense looked like it was about to force a turnover on downs on Marlboro County’s ensuing drive after an incomplete pass on fourth and four, but a late flag for pass interference for what looked like a clean defensive play gave the Bulldogs a new life with a first down.

Following that new life, the Falcons defense had two missed opportunities, one resulting in a touchdown.

The first came when Darlington dropped a sure interception three plays later and the second came on the following play, a fourth and eight that Marlboro County converted into a 28-yard touchdown run to go up 7-6.

Darlington’s offense went right back to work following the Bulldogs’ touchdown, marching right down the field, but a dropped touchdown pass cost the Falcons a chance to go into the half with the lead.

“Like I told them at halftime, we just felt like we missed a lot of opportunities, two picks on defense, in position to move the chains on offense and didn’t, should have been 7-0, missed that opportunity and it’s 6-0 and the dropped ball right before half,” Darlington head coach Raymond Jennings said.

Coming out of the half, Darlington’s offense went completely cold and the defense wore down as the unit stayed on the field for almost the entire third quarter as Marlboro County extended its lead to 21-6 by the end of the third quarter.

The Bulldogs scored one more touchdown early in the fourth quarter to go up 28-6 and from there they played defense and clock control.

“We felt lucky going into (the) half, making a lot of mistakes that maybe people didn’t see defensively, too,” Jennings said.

“We came out in the second half and they nickeled and dimed us.

“We couldn’t get off the field as quickly as we did in the first half and when we (offensively) got back on, we didn’t do anything with points. It was just wearing them same guys down.”

The loss drops Darlington to 1-8 overall, 1-3 in the region.

The Falcons wrap up the season Friday night on the road as they take on their bitter rival, the Hartsville Red Foxes.