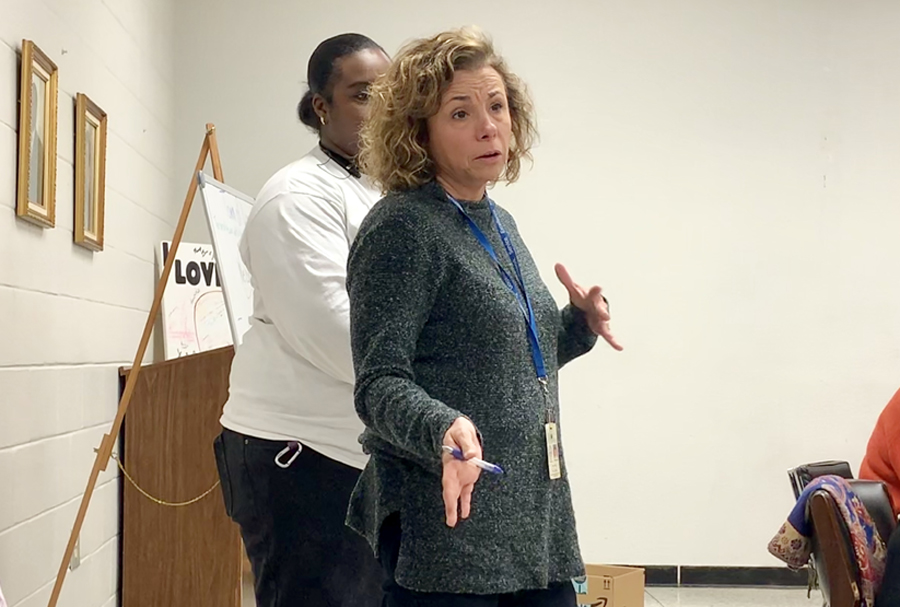 Lamar Town Council heard some good news at the start of its Dec. 10 regular meeting as Mayor Darnell Byrd McPherson announced the town would receive $350,000 in state funding to help repair its wastewater system.

“We have to thank Sen. (Gerald) Malloy because we did receive an allocation of $350,000 – hello!” said McPherson, who later noted that this money would largely cover the estimated $348,000 in repairs needed to bring the wastewater system up to scratch.

The town recently contracted with engineering firm Davis & Brown to become Lamar’s water system distribution operator, which brings the town into compliance with an order from the South Carolina Department of Health and Environmental Control (DHEC). After Lamar parted ways with a previous operator, they were without an operator for about two and a half weeks.

Paula Brown, a drinking water system inspector with DHEC’s Florence office, explained that even though Lamar currently purchases all of its municipal water from Darlington County Water and Sewer Authority (DCWSA), that water still passes through Lamar’s proprietary system of pipes, tanks and pumps.

“There’s still a lot of responsibilities that go along with running a water system,” said Brown. “It’s not just turning on a faucet or flushing a toilet and we’re good. There’s a lot that goes into it.”

She said that a distribution operator is necessary to supervise line and equipment repairs, to monitor and test water quality, complete paperwork and keep records related to water system upkeep and operation, and to issue health and safety advisories related to the water supply. Brown noted that Davis & Brown will collect two samples per month from different locations around Lamar and test them for bacteria.

Lamar recently had its two elevated water tanks painted and rehabbed, and Brown said that while the tanks “look very nice” now, annual inspections are necessary to ensure they are clean, secured against bird intrusion, and functioning properly. She noted that some inspection companies are now using drones for this work, which avoids the risk and expense of hiring a person to climb up and manually inspect the tanks.

A citizen asked Brown how individuals can check the most recent tests of their drinking water, and she referred them to a website (http://dwwwebvm.dhec.sc.gov:8080/DWW/) where you can search the last 10 years of testing data for water systems across the state.

Shameka Galloway, DHEC wastewater system inspector, discussed the various components of Lamar’s sewer system, including those in need of repair or replacement. Galloway said the town has three wastewater lift stations (on Zion, Cambridge, and Railroad Ave.), an oxidation pond (which feeds high levels of oxygen to bacteria that eat sewage and purify water), a sand filtration bed, and a wet well that sends cleaned and treated wastewater into Lynches River.

“Unfortunately, there are some things (in the system) that need to be looked at, as far and equipment and maintenance,” said Galloway. “A lot of new equipment is definitely needed.”

She noted that to avoid sewage backups and burst pipes, the outflow systems must be maintained. Compromised aerators must be repaired or replaced at the oxidation pond, and several aged pumps need to be updated. Galloway said that, in her opinion, teaming with DCWSA to run the sewage lift stations and hiring Davis & Brown as system operator are important steps in the right direction. She noted that Davis & Brown has already presented Lamar with a step-by-step operation and maintenance plan to get the town’s water and sewer system back on track.

A citizen asked if customers of Lamar’s municipal water and sewer services would see rate increases to pay for these repairs. Mayor McPherson said there was no increase this year, and the town has no immediate plans to raise rates.
She noted that a recent cost analysis conducted by the Pee Dee Regional Council of Governments found that when you compare water billed to customers and water bought from DCWSA, Lamar is “breaking even” for the moment. Unbilled water losses due to leaks and broken pipes can tip that balance into the red.

Also at this meeting, citizens discussed the effort and expense involved in maintaining and mounting Lamar’s increasingly fragile incandescent Christmas lights. This season, the lights were hung by volunteers, and they discussed with mayor and council various ways the town might raise money to fund the purchase of new weather-resistant LED lights.

McPherson also announced that students and instructors from Clemson University’s Master in City and Regional Planning (MCRP) program would be returning to discuss the next phase in drafting a community development plan for Lamar.

Information about the plan’s first draft can be found in the Dec. 12 edition of the News & Press.