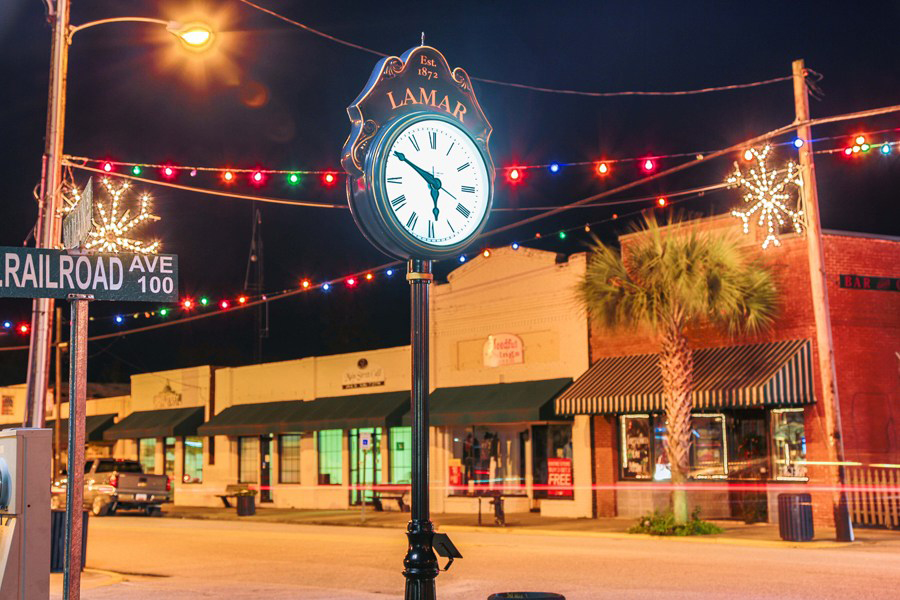 Although the Town of Lamar continues to experience difficulties with its water and sewer system, a new report from Clemson University offers hope.

Yet despite the town’s charm, Lamar has experienced consistent population decline over the past 20 years. The report noted that Lamar’s population has decreased by 2.6 percent (989 persons as of 2010) while Darlington County and South Carolina have experienced growth.

“In addition, there was a 1.16 percent increase in the population of residents 65 and up. The Lamar community is getting smaller but also aging in place and becoming older. Aging in place is a trend occurring not only in Lamar but across Darlington County and South Carolina, with 20.04 percent and 30.19 percent increases, respectively.”

They offered some complementary strategies to improve community livability, including improving accessibility to health services and by connecting rural health care with transit services, making homes healthier by combating lead based paint and offering senior tax abatement to help the elderly on fixed incomes with property upkeep and mortgage payments.

As for future growth in the downtown area, the report stated that “Main Street is very accessible to the entire community making the Town of Lamar a very pedestrian-friendly community. Pedestrian- friendly cities are an extremely rare commodity in the current ‘car-oriented’ American urban fabric which well positions Lamar for future residential development among seniors and young families.”

Mayor McPherson says she is encouraged by the report and agrees that action is needed to spur growth in her town. She says that in order to attract and retain new residents, Lamar needs more restaurants, cafes and places where residents can meet and socialize. She also believes that having a federally qualified health center like Genesis Health Care in town makes Lamar a more appealing prospect for residential growth and business development.

“The report also talks about the older homes we have here in Lamar. Now, we can’t compete with Darlington in terms of those types of homes, but we do have some very nice historic homes here that could be sold to young people looking for a bedroom community near Florence or Hartsville,” says McPherson.

The Clemson report cites these historical homes as potential attractors for those seeking a real estate investment. “Many of the homes that are in need of repair can be seen as real estate development opportunities,” the report says. “Several of these homes are historically significant that are situated on highly desirable lots. A modest restoration investment can turn many of these homes into beautiful, spacious homes in easy walking distance to Main Street, churches and schools.”

McPherson says that while the Clemson report gives her and Town Council members plenty of food for thought, she also wants to learn where Lamar fits into Darlington County’s long term economic development plans. She plans to meet with Frank Willis, executive director of Darlington County Economic Development Partnership, to discuss how the town and county can work together.