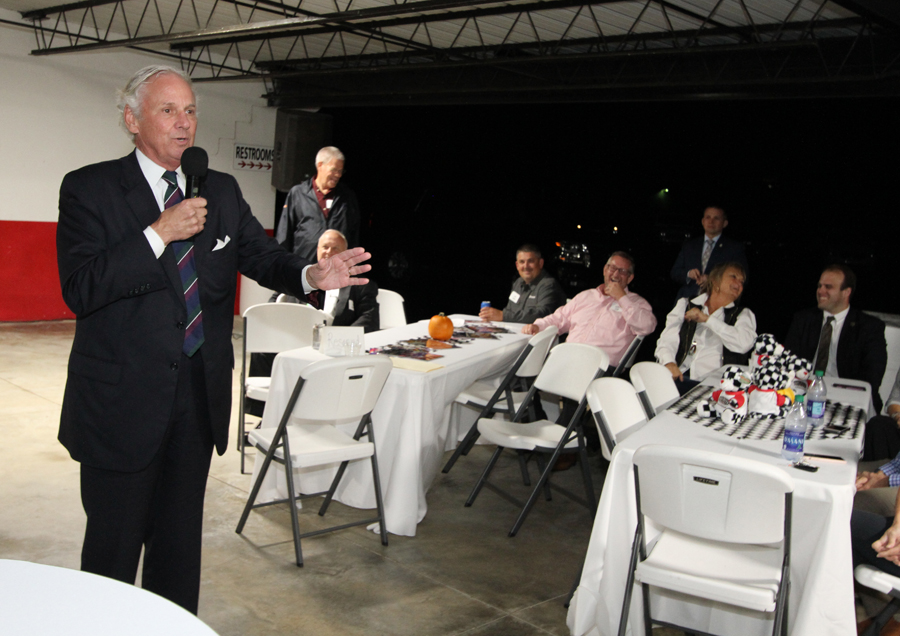 “I’ve brought people over here,” the Republican governor said last week at a cookout celebrating Darlington Raceway’s sellout crowd for the 2019 Bojangles’ Southern 500 Sept. 1. “And they look out, they look over at the infield, they look at the people tailgating.”

“And they say, ‘I cannot believe such spirit down here in this place, this small place’ — it’s not the biggest place in the world, one of the best – ‘The spirit here is so strong – the people, they act like they’re family.’ I say, ‘They are family.’ Most everybody is related. … Everybody knows everybody.”

“So what we see here – the kind of spirit that is demonstrated, and the excellence and the competition that’s exhibited every time we have race day here in Darlington — is an enormous positive reflection on the state of South Carolina.” 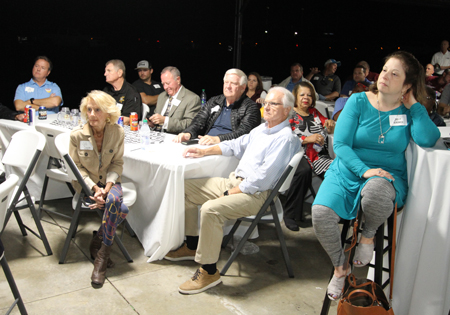 McMaster was a guest Oct. 29 at the raceway’s Cale Yarborough Cup Garage for a celebration of the sellout crowd that attended the rain-delayed Labor Day weekend race.

Darlington Raceway President Kerry Tharp said county coroner Todd Hardee contacted him, proposing a cookout at the raceway. “It seemed like a good opportunity to assemble everyone together that had played such a key role in the overall success of our event,” Tharp said.

“I told him I thought it was a good idea,” Tharp said. “When Todd told me that he and several others in the community had offered to prepare the food, I told him it was a great idea.”

“When we were able to announce the sellout of the Southern 500 the afternoon of the race, and we put those SOLD OUT signs up at the ticket windows around 3 o’clock, it was a true testament to the support” of fans, sponsors, state officials, volunteers and all who played a part in the race, Tharp said.

Next year, Tharp said, the Southern 500 will be the lead-off race in the NASCAR Cup Series Playoffs.

“The eyes and ears of the sports world will be focused on Darlington … Darlington County, the Pee Dee region and the state of South Carolina for nearly a week next September. Just think about that. Think about the impact that can have on our great community.”

McMaster said he had just come from a press conference in Columbia announcing a project that will be called Liberty Trail, a push to promote Revolutionary War sites and parks in South Carolina. (Most of the sites are in the Upstate and Lowcountry.)

“Most people don’t know that the Revolutionary War began up north and was fought down here,” McMaster said.

Business leaders “from all around the world,” McMaster said, “are saying they come to South Carolina because the people of South Carolina are different.”