DARLINGTON – Patricia Dianne Thompson Weatherly, age 61, passed away Friday, September 7, 2018. A memorial service will be held 11:00 a.m. Thursday, September 13th in the chapel at Belk Funeral Home, with a visitation following the service.

In addition to her mother and father, she is preceded in death by her step-mother, Joyce Thompson.

Born May 4, 1951, Randy is the son of the late Otis T. “Bud” Waddell and Mamie Porter Waddell. He retired from Sonoco after 42 years. He was a member of the Old Timers Club, and a member of Florence Church of God of Prophecy.

He was preceded in death by his brother, Otis T. “Buddy” Waddell, Jr.

Memorials may be made to Florence Church of God of Prophecy, 426 S Church St, Florence, SC 29506.

CAYCE – Betty Winn Flowers, 83, passed away at her home after a short battle with colon cancer, and into the arms of Jesus Christ, on Saturday, September 8, 2018, while holding the hands of her children. She was the youngest daughter of the late Viola Peake Winn Cribb and David Beauregard Winn. Betty was born January of 1935 at Baptist Hospital in Columbia, SC. Her father died of HHT in 1938, when she was three years old. Unfortunately, all eight children inherited HHT from their father. She is now reunited with the father she never knew. Later, John Thomas Cribb married her mother, a widow with eight children, and raised them as they were his own. Betty graduated from the Old Columbia High School in downtown Columbia in 1953. While in high school, she was a member of the National Honor Society. She was also a member of the Youth for Christ group while she grew up at Park Street Baptist Church in Columbia. Upon graduating from high school, she went to work for Bell South in Columbia in the Personnel Department. While working at Bell South, Betty was a member of the Telephone Pioneers (a volunteer’s organization), Beta Sigma Phi (Business Women’s Society) and the ABWA (American Business Women’s Association). 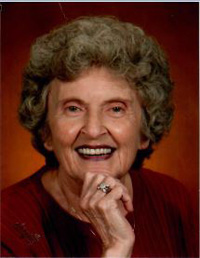 When Betty met the love of her life, a University of SC student named Ray E. Flowers, they married in December of 1957 at Park Street Baptist Church. After the marriage she became a member of the First Baptist Church of Columbia, SC, where Ray attended while attending USC, and were lifetime members. While Betty stayed home for several years to raise her four children, she taught Sunday school (1967-1971) and was a teacher’s aide at BC #1 Grammar School in West Columbia, SC (1972-1976). Then, after 17 years, Betty returned to work at Bell South as an Administrative Assistant in the Equipment Engineering Department until she retired in 1992. Betty was also a member of the Order of the Eastern Star, Sinclair Lodge #104.

Betty was predeceased by her loving husband in 2013 from Parkinson’s disease, after 55 years of marriage. She missed him immensely and is now in his arms once again. Betty was also predeceased by all seven of her siblings, Margaret Fletcher, Myrtle Sharpe, Katherine Stepp, Edith Griffin, Lorine Richardson, Violet Geiger and David Beauregard Winn, Jr. She is survived by four children, Joseph E. Flowers, Kirk D. Flowers, Denise F. Price (Scott) and Dr. Lynn K. Flowers (Anja). She is also survived by three grandchildren, Adrianne Flowers, Andrew C. Flowers and Sophia E. Flowers.