The family received friends Wednesday from 6-8 p.m. at the funeral home, and other times at 1741 Indian Branch Road, Darlington.

Born April 15, 1941, Ella Mae was the daughter of the late Cole Blease Brown and Grace Smalls Brown. Mrs. Dixon was a caregiver at heart, working in nursing homes and taking care of family members.

She enjoyed fishing, Alan Jackson music, making flower arrangements and spending time with her children and grandchildren. She was a member of Faith Free Will Baptist Church and recently attended Palmetto Street Church of God.

She was preceded in death by her husband, Lavern Dixon; brother, Bill Brown; infant sister, Edell Brown; and her faithful canine companion for many years, Nora.

The family received friends Nov. 8 at Kistler Hardee Funeral Home and other times at the home, 603 Wire Road, Darlington.

Mary was born in Darlington. She was the daughter of the late Henry Ansel Humphries Sr. and Mary Edna Rae Humphries Turner. Mary enjoyed crocheting and working in the garden. She was a great cook and enjoyed having Sunday dinners at her home. Mary had a heart of gold and loved spending time with her family.

Family and friends are invited to sign the online guest book at kistlerhardeefuneralhome.com. 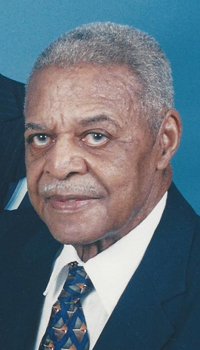 Early in life he was converted, baptized and joined Round O Missionary Baptist Church and later attended Macedonia Baptist Church.

He served in the Marine Corps during World War II. After serving his tenure he was honorably discharged. He retired from the U.S. Post Office.

He was united in marriage to Dorothy Hunter Ezekiel. This union was blessed with two children, a daughter, Clara Mae Ezekiel, who preceded him in death and Clarence “CJ” Ezekiel.

Mr. Ezekiel was a quiet, easygoing person, a loving and devoted husband, father, uncle, brother, granddad and most of all a true friend.

The family was receiving friends at the residence, 123 Joe Louis Blvd., Darlington.