No new courthouse? The debate isn’t over yet

Home » News » No new courthouse? The debate isn’t over yet 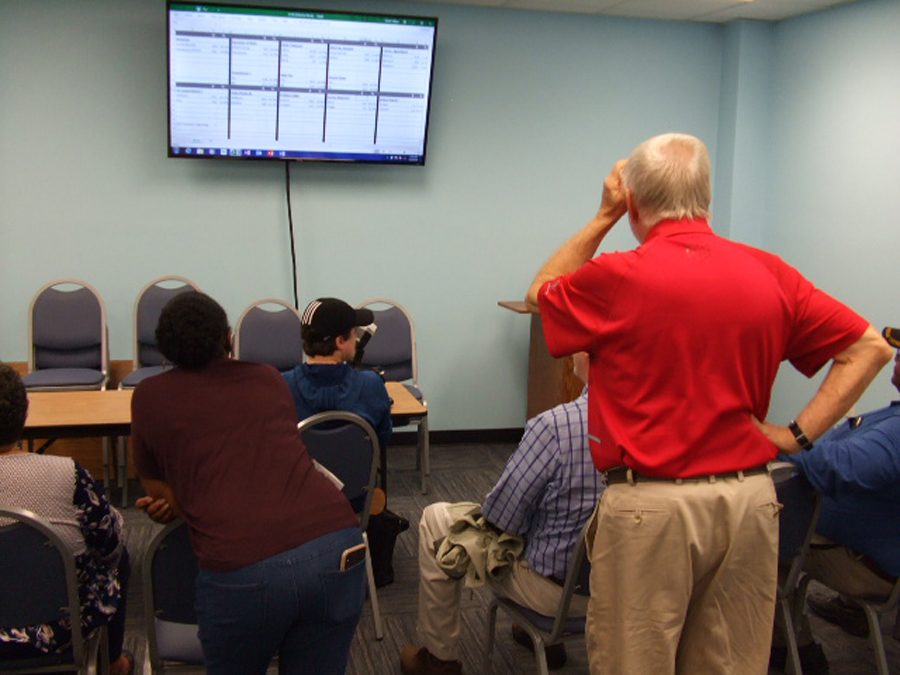 Scenes from an election. Top: Watching the results come in. Below: Voters at the polls. Photo by Bobby Bryant

About 8:45 p.m., the tide turned against a new courthouse for Darlington County.

As the ballots were being tallied Nov. 6 in county election offices in Darlington, the initial returns showed that voters appeared to be backing a plan to hike the county sales tax by 1 percent to raise $20 million for a new courthouse and administration building.

But they weren’t wild about it. “Yes” votes on the tax question had a tepid lead, maybe 5 percentage points. By 8:30 p.m., with about half the county’s precincts in, the “yes” margin had fizzled to 3 points. A few minutes later, 1 point. About 8:45, the “no” ballots took the lead by 3 points.

And that was pretty much it for the courthouse tax. Onlookers whipped out their cellphones, made quiet calls: Looks like the tax is failing. By 9, the “no’s” were leading 52-47 percent. People began leaving, like football fans when it’s clear who the loser is going to be. The final tally held at 52-47 “no”: 10,618 residents backed the tax increase; 11,747 opposed it. 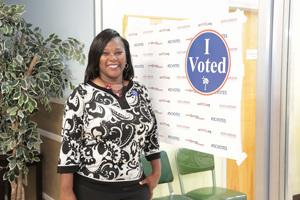 The issue isn’t over, officials say. The “foul” physical condition of the building and security problems at the courthouse, which was completed in 1964 and opened in 1965 to great acclaim for its “modern” square design, aren’t going away. They’ll simply have to be addressed in other ways, officials say.

After it became clear the tax referendum had failed, Darlington County Council vice chairman Le Flowers (District 5, Swift Creek) said the next step is one that county officials must take together. He said county administrator Charles Stewart and County Council chairman Bobby Hudson will schedule a special meeting to discuss the future of the courthouse.

“We’ll have a workshop with all members of council to present (a consultant’s reports), and to go over the financing options again,” Flowers said last week as the courthouse tax plan was sinking. “Since the penny tax is not going to pass, where does that leave us with financing? We need to look at our options and start taking this one or that one off the table.”

In May, County Council commissioned two studies to determine whether renovations to the existing courthouse could remedy space and security concerns. The county paid engineering and consulting firm Michael Baker International $85,000 to conduct these studies, which were not completed as of Election Day. County administrator Stewart told the News & Press these studies could be finished and submitted to the county by Nov. 9. 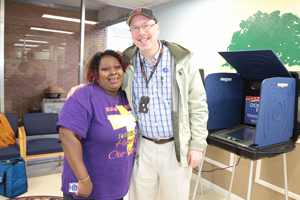 Flowers and Stewart both said that whether the courthouse project involves renovations or a new structure, the county’s financing choices have significantly narrowed. If Darlington County decides to issue general obligation bonds, payments and debt service would likely require a property tax increase. The county could either ask voters to approve a millage increase in 2020, or issue IPRBs (Installment Purchase Revenue Bonds), which would not require a referendum.

“Essentially, when you take the penny sales tax away, you’re left with property taxes being raised, whether it be by a vote in two years, or forced IPRB,” said Stewart.

Flowers added that when some of the county’s existing bonds mature, they could be replaced with bonds to finance courthouse improvements or construction. Stewart cited one big downside to this option: it would tie up all of the county’s capital improvement bonds in one project, leaving them unable to finance projects for other departments.

Darlington Mayor Gloria Hines, who had pushed for a vote on the courthouse’s future, said she was disappointed by the outcome. “I don’t think people understood the (ballot) question,” the mayor said. “ . . . There was not enough clarity in it.” A penny sales tax increase, she said, would have been the best option because it would have shared the burden equally among everyone spending money in the county, including visitors. 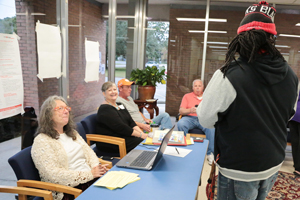 Darlington City Council member John Milling said he was disappointed, but not surprised, by the tax plan’s failure at the polls. Milling said that he didn’t get the sense that voters were strongly for or against the tax plan, and said he didn’t feel that the plan gave voters enough specifics on exactly how the tax hike would have been used.

“There was no clarity what was really going to be done with this pocket of money,” Milling said.
Also, the courthouse’s problems might not have been as apparent to some as to others, Milling said. “When you ride by the building, it’s different than going in the building. . . . There are difficulties that people who work in the courthouse have to face.”

One of them, according to Hines, is mold. The mayor said that when she spends significant amounts of time in the building, she can sense and feel the mold in the air. Other problems, officials have said, are poor security for trials and overcrowding.

But for voters only visiting the courthouse occasionally to do business with a county agency, it was “maybe not such a hot-button issue,” according to Milling.

Another referendum on Darlington County ballots on Election Day got little attention. By a 3,000-vote margin – 12,870 “yes” votes to 9,708 “no” – voters approved a plan to let restaurants, stores and bars in unincorporated areas of the county sell liquor “by the drink” on Sundays. The cities of Hartsville and Darlington already allow this.