How did she make it to 105? Good judgment 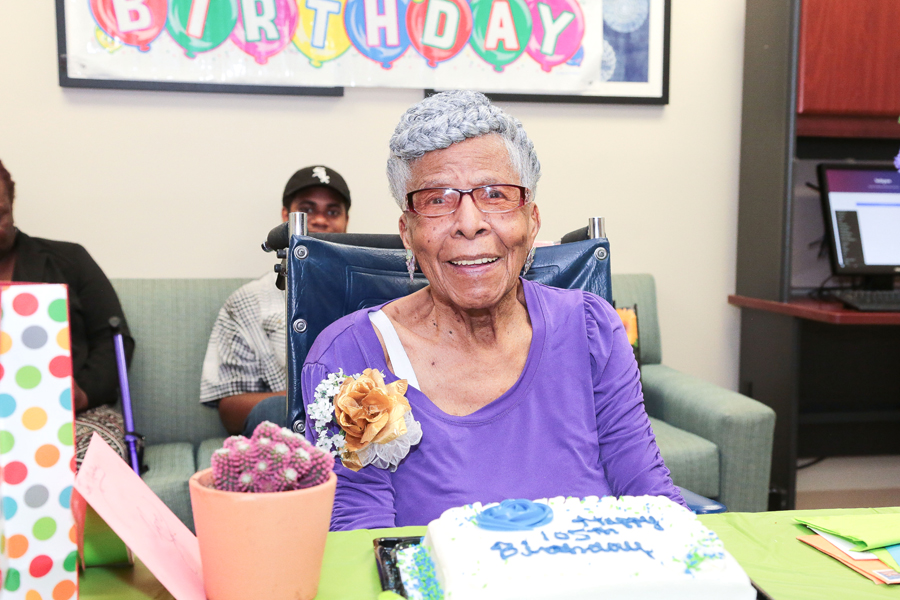 Ethel Saulter, a resident at Darlington’s Medford Nursing Center, celebrated her 105th birthday Oct. 15. Over the course of her impressive life, this New York native truly earned her family’s description as a “jack of all trades.”

She worked for Publisher’s Clearing House for 28 years, though her time there was interrupted by a brief and premature retirement.

“She stopped after 20 years, then saw an ad in the paper for her old job and she went back and got it. She stayed there for another eight years,” says Mrs. Saulter’s son Joseph.

Ethel did finally retire at 85. She and her late husband, Lloyd, had three children, and her family now encompasses six generations. Mrs. Saulter moved to South Carolina several years ago to be near her daughter Karleyne, a traveling nurse who worked in Bennettsville. “She said, ‘I’m moving down!’ and she came in with a big truck loaded with 85 boxes that she packed herself,” says Karleyne.

Mrs. Saulter kept herself in shape physically and mentally by going to the gym three days a week, serving as a youth reading coach, and driving her own car until the age of 98. She was named “Mother of the Church” by Majority Missionary Baptist of Florence and remained active in the church until very recently by helping with social activities and playing organ and piano.

“She was learning a sonata every month up until she turned 100,” says Joseph.
“Also, she had a Facebook page years before I got on it,” adds Karleyne.

Asked how she managed to lead such a full and enduring life, Mrs. Saulter says it boils down to good judgment. “I never drank or smoked, and I never jumped into Tom, Dick or Harry’s bed. All praises go to God,” says Mrs. Saulter.