WILLIAMSBURG, Va.– The Colonial Williamsburg Foundation board of trustees has elected historians Edward L. Ayers and Walter B. Edgar to serve as trustees of the Foundation.

Ayers is an author and Tucker-Boatwright professor of the humanities and president emeritus at the University of Richmond. He received the National Humanities Medal in 2012 for his work to make American history more accessible, and he cohosts the syndicated public radio history show and podcast “BackStory.” 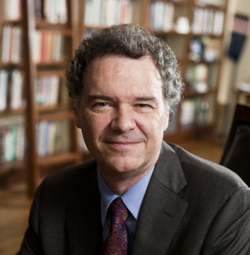 Edgar founded the public history program at the University of South Carolina, where he is distinguished professor of history emeritus and Claude Henry Neuffer professor of Southern studies emeritus. He is the author of books including “Partisans and Redcoats” and he hosts “Walter Edgar’s Journal” and “South Carolina from A to Z” on South Carolina Public Radio.

“Colonial Williamsburg’s mission to share the events and ideas of our nation’s founding is as critical as ever,” said Henry C. Wolf, chairman of the Colonial Williamsburg Foundation board of trustees. “Ed and Walter are not only among the nation’s most respected historians, they are two of its leading advocates for the relevance and accessibility of public history.”

The Post and Courier of Charleston wrote that Edgar has “promoted the audacious notion that women, Native Americans, African-Americans, Upstate mill workers and woodsmen ought to have as significant a place in the great mosaic of the state’s history as the powder-wigged Lords Proprietors, Revolutionary War heroes and Civil War generals.”

“Through innovative programming and outreach, Colonial Williamsburg strives to engage ever-wider audiences with our shared American story,” said Mitchell B. Reiss, president and CEO of the Colonial Williamsburg Foundation. “In addition to their scholarship, Ed and Walter have leveraged media and technology to share their passion for history far beyond the classroom, and we value their guidance as we expand the reach of our core educational mission.” 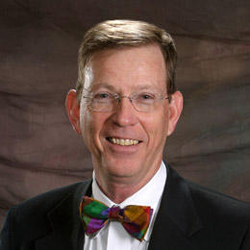 Edgar served as a captain in the Army from 1969-71, including deployment to Vietnam. He retired in 1995 as a colonel in the Army Reserve. He earned his Bachelor of Arts degree from Davidson College and his Master of Arts degree and doctorate from the University of South Carolina. He served as George Washington Distinguished Professor of History for the Society of the Cincinnati from 1999-2012, and is a recipient of the Lifetime Achievement Award from the South Carolina African-American Heritage Association. He was named 2008 College Educator of the Year in South Carolina by the Sons of the American Revolution, and received the Founder’s Medal from the National Society of the Daughters of American Revolution for contributions to American history and education.

“American history is a treasure that we are still uncovering every day, in particular less well-known aspects of centuries past,” Edgar said. “Colonial Williamsburg is at the forefront of researching and interpreting history to capture its relevance in today’s world, and I’m grateful for the opportunity to play a part in its critical work.”