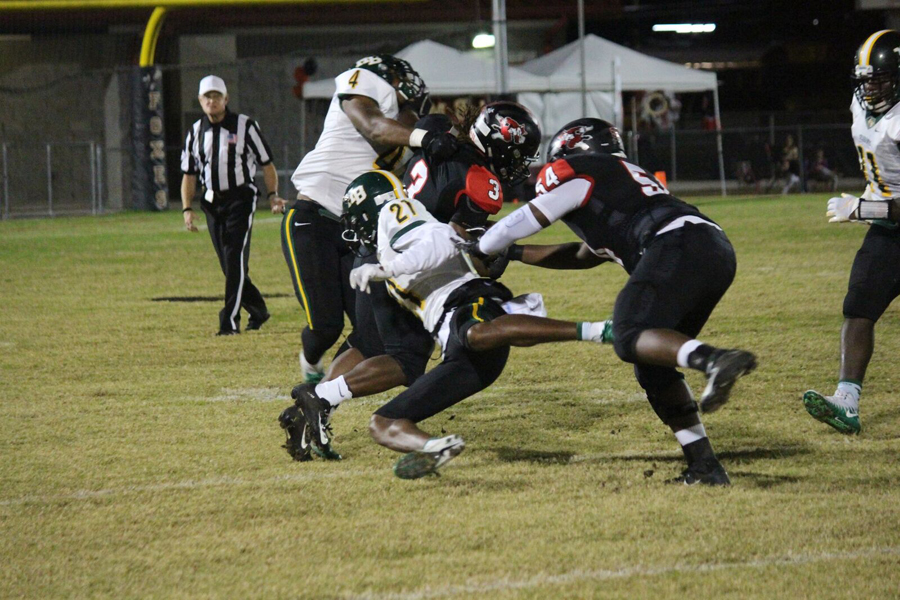 Heading into the season, everyone knew the Hartsville Red Foxes’ football team was loaded.

Returning multiple starters on offense and defense, including Tiyon Evans, Collins Bishop, Demonte Capehart and Kevon Haigler, it is no wonder that many people penciled them into their third straight state championship appearance at the start of the season.

But even with so much going for them, so much returning talent, there were still some unknowns heading into the season and it all surrounded the newly realigned regions.
Hartsville, for what has seemed like a decade or longer, has dominated Region 6, whether it was in 3A or 4A, but never had the Red Foxes been forced to face the gauntlet that this region had become.

For the first time this year, the Red Foxes had to compete in a region with Myrtle Beach, North Myrtle Beach, Wilson, Marlboro County and Darlington. When counting Hartsville, five out of the six teams were at some point ranked in the top 10 for all of 4A in the state.
Considered by most to be one of the most difficult regions regardless of classification and definitely the hardest in 4A, if Hartsville was going to finally fall, this was going to be the year. 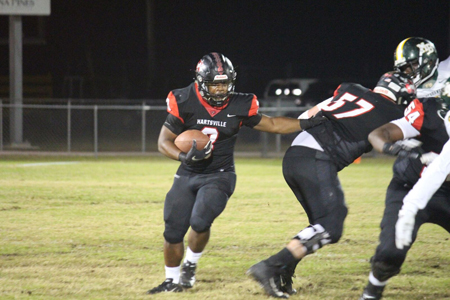 That did not happen. As has been the story since Jeff Calabrese took over back in 2005, the Red Foxes were as prepared as ever, defeating Myrtle Beach this past Thursday night in a lopsided 70-34 win over the Seahawks in front of a home crowd at Kellytown Stadium.

With the win, Hartsville not only clinched another region championship, but wrapped up a perfect regular season and now looks to be the hands-on favorite to represent the lower state for a third straight time in a 4A state championship game.

“We are blessed with really good kids that play really hard and love the game of football; it gives us a chance,” Hartsville head coach Calabrese said after the game. “I’m so proud of (our) guys; this is a very tough conference, a lot of great coaches and a lot of great players and for us to find a way to win it in the very first year is pretty unbelievable.”

From the start Hartsville outmanned, outclassed, outplayed and outcoached the Seahawks. By the time the game reached the third quarter the Red Foxes were up 49-7.

It was about to be 56-7 when a bad snap let Myrtle Beach return the loose football back for a touchdown. Following that play, Hartsville turned the ball over two more consecutive times, with the Seahawks scoring one more touchdown.

In the end, it was not enough as Hartsville’s defense, led by Capehart and Haigler, lived in the back field of Myrtle Beach, harassing starting quarterback Luke Doty and while the Seahawk offense struggled, the Red Foxes’ offense had no such problem.

Led by Evans, who had a total of six touchdowns, with four rushing coming in the first half, a 100-yard kickoff return to start the third quarter and a 75-yard touchdown pass on the first actual drive in the third quarter, scoring points was not a problem for the Red Foxes.
Bishop took over the fourth quarter for Hartsville, scoring three rushing touchdowns of his own in the final period.

Hartsville now takes on Crestwood at home this Friday to start the playoffs.