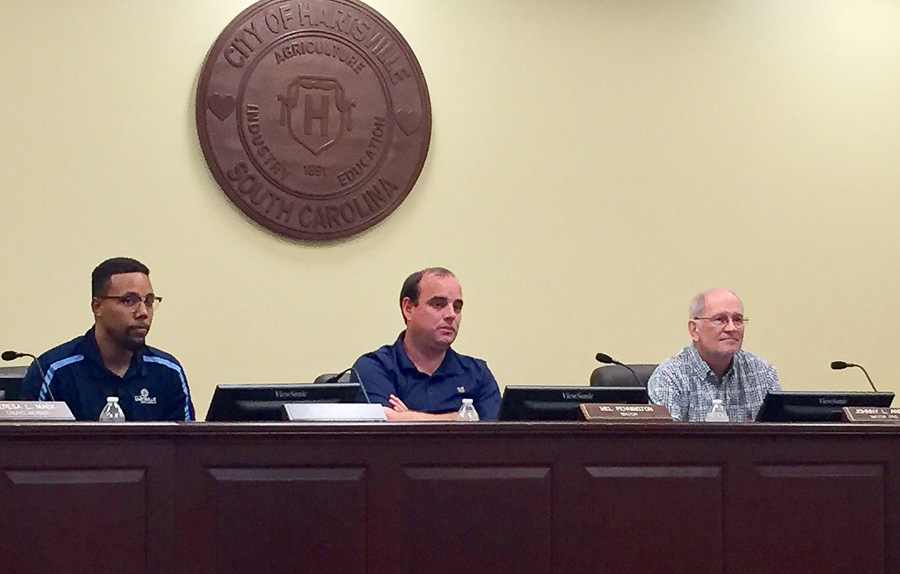 At its Oct. 9 regular meeting, Hartsville City Council discussed the possibility of procuring an armored emergency rescue vehicle for the police department.

“We need one, and if we never have to use it, I would be the happiest man on Earth,” said Thompson. 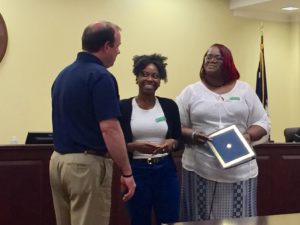 Thompson said that if Hartsville gets such a rescue vehicle – likely through the 1033 program that provides excess federal equipment to state and local law enforcement – HPD would mobilize it to help any neighboring agency with whom they share mutual aid agreements.

City manager Natalie Zeigler noted that these armored vehicles can be “polarizing, because there’s people in the community that don’t support military vehicles showing up in the police department.”

That scenario played out in September 2014, when former Darlington County Sheriff Wayne Byrd wanted to procure an MRAP (Mine Resistant, Ambush Protected) vehicle through the 1033 program.

Byrd met vocal resistance from citizens and members of Darlington County Council, and council ultimately voted against adding the MRAP to the county fleet.

In light of recent events, Hartsville’s city government expressed support for acquiring such a vehicle and encouraged Zeigler and Chief Thompson to begin the application process.

On the regular agenda, council moved toward further downtown development by approving final reading of Ordinance 4346, establishing a multicounty business park in the Canal District along Fourth Street. The ordinance explains that Hartsville wishes to team with Darlington and Lee counties to encourage economic development in this area.

The business park property, all located in Hartsville, will be exempt from ad valorem property taxes and instead yield revenue through Fee In Lieu of Taxes (FILOT) agreements.

Final reading of Ordinance 4347 also passed unanimously, renewing the Hartsville Rescue Squad’s annual lease of property at Marlboro and Seventh Street at a cost of $1 per year.

Ordinance 4348 passed final reading, revising regulations on temporary signs to comply with a recent Supreme Court ruling in the case of Reed v. Town of Gilbert, in which the plaintiff (representing a church) claimed that regulations allowing temporary political signs and disallowing other similar signs based on content was discriminatory.

Also, council approved a bid of $94,990 for construction of a new outdoor basketball court in Byerly Park. Of the three bids received, Dempsey Construction Co. Inc. of Hartsville submitted the lowest total bid to complete the project. Since Dempsey Construction is in Darlington County, though not within Hartsville city limits, the company qualifies for a 5 percent credit of $4,749 under the city’s local vendor preference program.

Hartsville City Council’s next regular meeting is scheduled for 5:30 p.m. Tuesday, Nov. 13, in the council chamber at 100 East Carolina Avenue.