A project to build a new terminal and access road at the Hartsville Airport will move forward, as Hartsville City Council gave Airport Commission chairman Lee Gardner permission to apply for a grant from the South Carolina Aeronautics Commission. 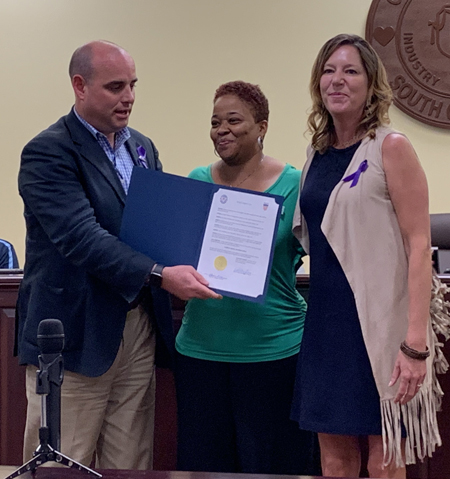 Gardner told council that by working with Charleston-based architects The Middleton Group, a concept for the terminal building has been completed, though cost estimates are not yet complete.

They are in the process of identifying and readying applications for potential funding assistance from federal, state, and local sources such as private donations.

“This is a big project from start to finish,” said Gardner. “We think we can make this happen, based on the information we’re getting from our consultants.”

On the regular agenda, council approved final reading of Ordinance 4373, a measure to transfer .75 acres of city-owned property beside the Hampton Inn on Fourth Street and Railroad Avenue to the Hartsville Development Corporation. The parcel, valued at $25,000, could be used in future Canalside Project ventures.

First reading of Ordinance 4376 passed muster, taking steps to change the definition of a minor from someone age 17 or under to “a person less than 18 years of age.” This measure would amend language used in local statutes related to curfews which prohibit minors unaccompanied by adults from loitering or riding around the city between midnight and 6 a.m.

These changes would bring Hartsville’s city codes into sync with language used by the state regarding minors and juveniles.

Also at this meeting, Mayor Mel Pennington presented a proclamation recognizing October as Domestic Violence Awareness Month to trauma counselor Delores Bess and volunteer coordinator Charlotte Gaddy of the Pee Dee Coalition Against Domestic and Sexual Assault. Gaddy said that over the past year, PDC has assisted 77 victims of domestic violence, served 252 children through the Durant Children’s Center, and sheltered 20 women fleeing violence in their homes.