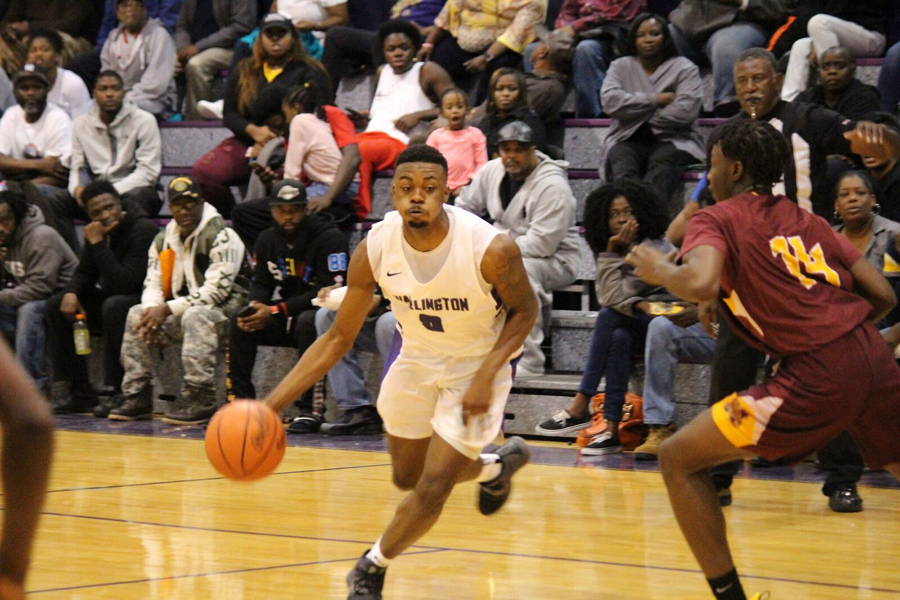 It was a clean sweep for both the Darlington boys’ and girls’ basketball teams Dec. 4 as both the Falcons and Lady Falcons came out victorious at home over Marion.

Darlington (boys) 67, Marion (boys) 51
Despite some sloppy play near the end of the game, the Falcons made quick and easy work of the Swamp Foxes and it really all happened in the first quarter of play.

Behind a 12-0 run to start the game, Darlington looked like a team that was already in midseason form, making every extra pass and seemingly knowing where every teammate was going to be. That start and that execution were some of the main reasons for the Falcons’ 67-51 victory.

While Darlington’s offense was hitting on all cylinders during that 12-0 run to start the game, the Falcons’ defense was playing just as well, holding the Swamp Foxes scoreless until the 3:20 mark.

“We got off to a great start,” Darlington head coach Anthony Heilbronn said. “We were up 15 points.”

Up by 15 after the opening period, Darlington increased its lead 20 by halftime and even got as high to 24 in the early parts of the third quarter, but that was as high as it would get for the Falcons.

Marion caught some momentum in the third quarter, cutting the Falcons’ 24-point lead to 13 with an 11-0 run of its own before Heilbronn called a timeout with 5:30 left in the quarter.

That timeout proved to be beneficial as Darlington closed the third quarter out holding a 20-point advantage over the Swamp Foxes.

“At one point in the third (Marion) cut it to 12 or 13 and I called a timeout to just stop the momentum,” Heilbronn said. “I think we responded pretty well; we pushed it right back up.”

Darlington struggled with turnovers in the fourth quarter and was only 10-17 from the charity stripe, but there were more positives than negatives and the Falcons earned the win.

Kenyon Scott led the Falcons in scoring with 18 points and Jamean Muldrow was right behind him with 15.

Darlington (girls) 43, Marion (girls) 37
Unlike the boys’ game, the Lady Falcons found themselves in quite a contest with the Lady Swamp Foxes.
Despite slow starts and getting dominated in the third quarter, Darlington improved to 3-0 overall with its 43-37 victory over Marion.

“First off, hats off to Marion; they are a pretty good, scrappy team,” Darlington girls’ head coach Brad Knox said. “Also hats off to my coaching staff; I think they did a great job of motivating our girls’ over the week on what you have to do.”

It was a sloppy game for both as Darlington and Marion committed numerous turnovers and missed open layups, but one of the more intriguing developments in the game was the slow starts that both teams had in the first and third quarter.

The Lady Falcons held a one-point lead after the first quarter and an eight-point lead at half before Marion closed the third quarter on a 9-0 run to tie the score up going into the fourth.

Darlington opened the fourth quarter on a 6-0 run of its own and with that the Lady Falcons never looked back as they clawed their way to the victory.