When you see glistening oyster beds, what comes to mind? 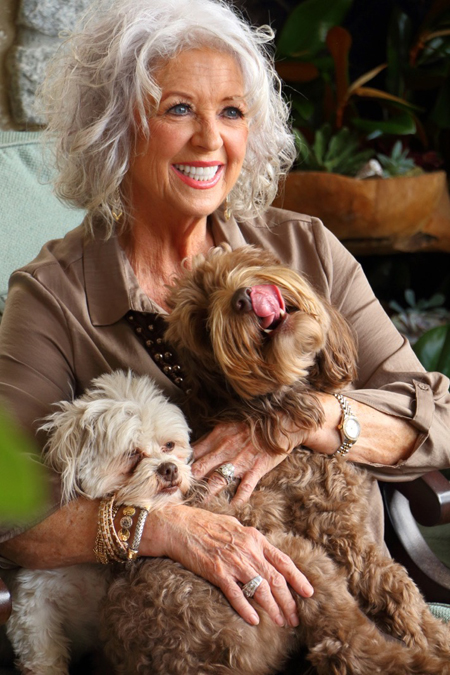 Here we have a beautiful bust, what could be a Roman gladiator wearing armor plate made of glorious shells or the Emperor of Tabby rising through oyster banks to claim his place in architecture.

There’s more to oysters than eating.

That’s why folks around Wilmington Island marshes might do a double take.

For when Earth’s orbit bestows autumn upon the land, Georgia marshes give up their green. The air chills a tad and winds ghost over marshes, rippling across golden spartina like billowing wheat fields.

Winds whistle through gray rock-like clusters, and salt air quickens the pulse. Autumn. It’s an ideal time to seek bounty along the riverbeds, and a most recognizable woman ventures onto the razor-sharp shells. Bucket close by, she rakes and digs oysters, and she takes her licks.

“We left a trail of blood, honey. Oyster shells are so sharp, and they are not very sanitary. So, when you cut yourself you have to be very careful.”

Yes, very careful when you’re Paula Deen, and that’s one way Georgia oysters end up in her home. Their future? Aunt Margaret’s Fried Oysters? Oyster bisque? Maybe, maybe not. Whatever their fate, Paula’s hand-gathered shells won’t be recycled. Not at all. Over six weeks, she’ll use those ivory-gray shells to sculpt and bejewel a bust. “It’s like putting together a puzzle, getting all the shells to fit,” she said.

Getting things to fit. You could say that’s what life’s about too. Putting together the puzzle called life has proven momentous for this Georgia girl who was landlocked once upon a time. But she’s down on the coast now, down on the salt, and her passions include cooking, sculpting, painting, and “anything with a heartbeat.” She loves animals. She loves ’em so much she even raised a baby squirrel, “Earl D. Squirrel.”

Her dogs, Gus, Max, and Lulu attest to her love for animals. They’re in a good place today and so is their mom. Said Paula, “God does not miss blessing me a day. God blesses me every day.” And her passage to this good place and time? Courage, family, and a heritage of good cooks charted a course like few others.

So, what’s a typical day like for Paula Deen?

“Honey, there’s no blueprint. I love to get up just to see what’s going to happen. See what God’s got in store for me today.”

No typical day is right. Explore estuaries along and beyond the Wilmington River, and you might spot a silver-haired woman on the oyster beds. Check out Evine, the shop-at-home network, and you’ll see that silver-haired lady holding up fluffy biscuits to die for. When you’ve had such an uncommon life journey, how could there be a typical day.

The pecan capital of the United States, Albany, Georgia, sits on U.S. 19, once a snowbird passage to Florida. It was on Highway 19 that Paula Deen’s grandparents diverted some of those Yankee dollars.

There they operated River Bend, a little resort featuring a restaurant, motel, cabins, skating rink, and pool. Back then little Paula Ann Hiers’s beloved swimming holes were that pool and the Flint River. “It was pure heaven, that River Bend,” she said. “I lived in my swimsuit and roller skates. You better believe I wore both at the same time.”

Skatin’ and swimmin’. Sounds idyllic. About the time she turned six, her mom and dad bought a business across the road from River Bend.

“Daddy had a gas station across the street and a little bitty gift store. We lived in that store. Open the door and you were in our kitchen. All we had was the public restrooms, so we had to go bathe in that nasty ol’ Men’s bathroom because it had a shower, and I hated it. Just hated it.”
As she wrote in her memoir, “It Ain’t All About the Cookin’,” “Paradise was done and finished for little Paula Hiers.”

Well, paradise wasn’t done and finished … it was waiting somewhere over the horizon. The day was coming when the electric cries of boat-tail grackles would replace South Georgia’s singsong cicadas. Paula’s life trajectory would take her coastward but she couldn’t know that growing up, and like a lot of kids she had that longing, that wanderlust we’ll call it, for the sea that haunts landlocked souls.

“Every chance we got as high school teenagers we wanted to get to Panama City. Get to Panama City. We were 3.5 hours away.” She pauses, thinking back. “I was born in the southwest corner of Georgia, in Albany, farmland, in the middle of peanuts and pecans.”

Nothing’s worse than growing up landlocked once you’ve had a taste of the sea. When woods and fields surround you, the beach seems a million miles away. Some of us made do with a lake, pool, or river. The only thing sure to reach the sea was that river. For me it was the Savannah. For Paula, it was the Flint.

It’s 234 miles from Albany, famously pronounced All-benny, and its Flint River down through Savannah to the Wilmington River. Not a bad drive, say, four hours.

The passage takes one just north of the Land of the Trembling Earth. Some journeys are not what we’d choose for ourselves, however. Some journeys make us tremble.

That twisting river, Life, it’s a river where fears wait beyond the bend, fears that can paralyze us.