Creekside arrives: The fall and rise of an apartment complex

Home » News » Creekside arrives: The fall and rise of an apartment complex 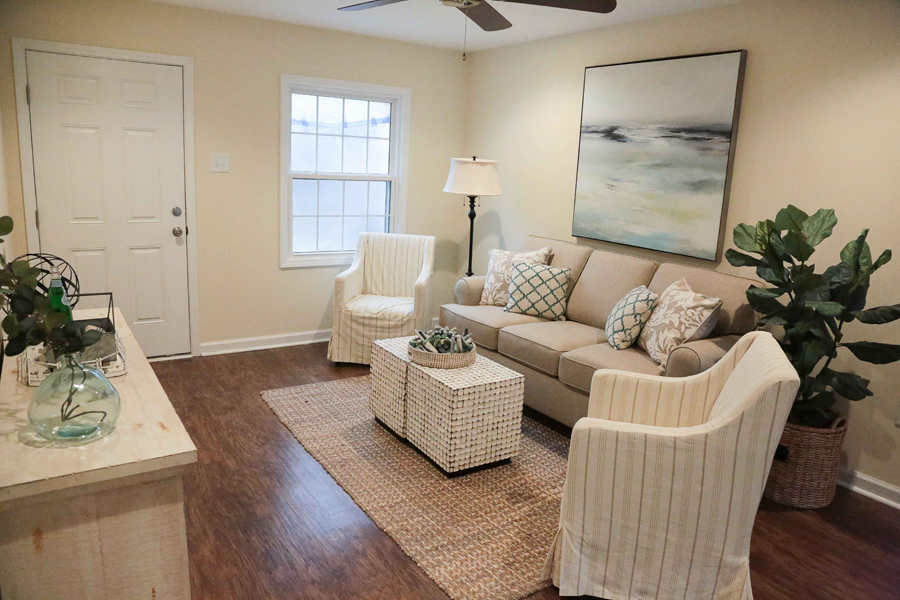 Those seeking to rent a dwelling in the city of Darlington often run up against the same problem: Houses for rent are few and far between, and most rental apartments are government subsidized for low to moderate income families.

However, this won’t be the case once Creekside Apartments begins leasing its 36 market rate units early next year.

Located at the foot of Cashua Street near the Swift Creek Bridge, the complex has been completely gutted and remodeled. Apex Bank of Knoxville, Tenn., acquired the apartments as part of a loan portfolio a few years ago and eventually decided to invest in renovation. 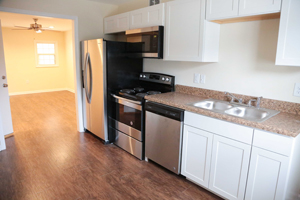 “At the time the Cashua Street apartments were obtained, they were in condemnation, so we sat on them for a while trying to figure out what we wanted to do with them, and then we started a renovation project in 2015,” says Roger Denny, commercial ORE portfolio manager with Apex.

“Due to the distance, we kind of failed at getting it done. Finally, after a substantial amount of time and some contractor problems, we are supposed to get our certificate of occupancy by the 15th of this month.”

Unfortunately, heavy rain delayed completion of exterior painting and landscaping work, pushing the start date to the first week of 2019. Denny notes that while new paint and plantings will enhance the property’s appearance, there were more substantial worries. He cites the complex’s history of sewage leaks as one major repair project.
In summer of 2011 and early 2012, the complex – then called Darlington Commons — experienced sewage leaks and Darlington City Codes Enforcement issued orders to repair the problem or the complex would be shut down for unsanitary conditions. In October 2013 during a smoke detector and fire alarm inspection, Darlington Fire Department crews discovered raw sewage channeled into an open cement cistern in an unoccupied ground floor apartment. Codes officers quarantined 18 apartments and called in SC DHEC to test the sewage. Fecal matter and E. coli bacteria were found present in the runoff, and the apartment complex was condemned and closed in July 2014.
“We did pretty much a full renovation. There’s nothing old in there anymore,” says Denny. “The roof, the gutters, exterior paint and millwork. We’ve added all brand new electrical, all new plumbing, new kitchens with stainless steel appliances, nice vinyl floors in each unit.”

The buildings now have new security lighting, fire alarms and sprinkler systems, and ground floor apartments facing Cashua Street offer front and back doors. Denny says that when the exterior work is finished, the Creekside Apartments should resemble its original, elegant appearance from the 1950s.

“Originally, it’s my understanding that this was a more gentrified area of Darlington, and the apartments were for professionals. Then in the late ’70s, it started to decline a little bit and gradually reached the state it was in when we bought it,” Denny says.

While Darlington Commons primarily offered government-subsidized Section 8 housing, the Creekside Apartments will be market rate only, and aims to offer apartment living for retirees, young professionals and small families.
Property manager Calvin King says that the first 18 units, located in the building facing Cashua Street, should be ready for lease at the beginning of January. The additional 18 units should be finished and available shortly thereafter. All units are two bedroom, one bath, and will lease for $800 per month. King says that while one year leases are standard, six month leases will be available.

To inquire about Creekside Apartments, contact King at Freedom Management Solutions, 843-245-3830 or visit them online at freedomanagementsolution.com.