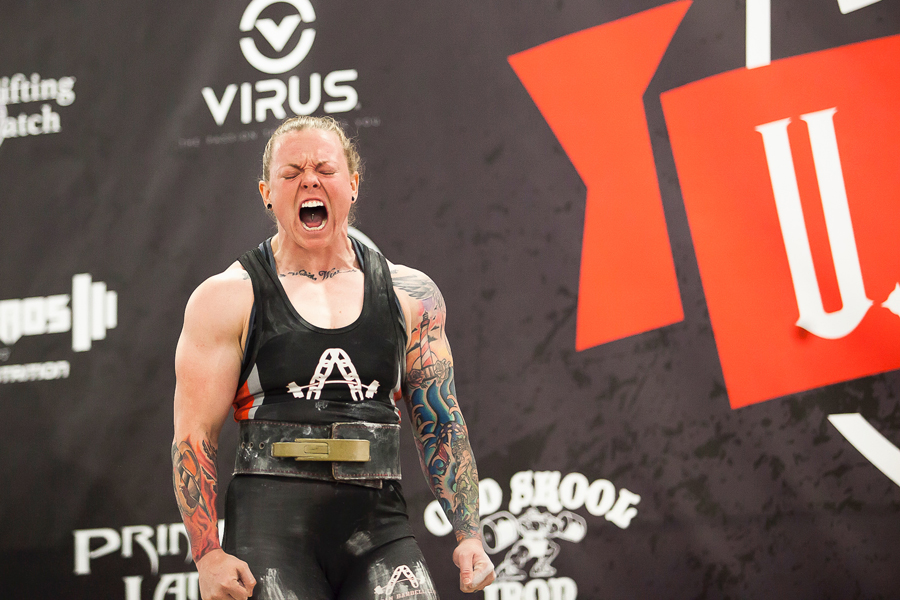 Please don’t read this as a criticism, but Stacy Burr just doesn’t know when to quit. The Darlington-born powerlifter would be the first to admit that her pursuit of excellence can sometimes lead her away from victory, as was the case at a recent championship meet.

At the RPS Braggin’ Rights meet held in Greenville, N.C., on Nov. 3, Burr, 26, added two more all-time records to her collection. First, she muscled-up an all-time world record squat of 545 pounds, besting the previous record by 10 pounds. Then Burr deadlifted 523 pounds, which earned her an all-time world record and a total of 1,390 pounds for her first two lifts.

For her third and final lift, she had a choice to make. Option one would have given her a 1,400 pound total and certain victory, but option two offered a tantalizing chance to break the all-time Wilks Score for deadlifting. The Wilks Score considers the lifter’s gender, bodyweight and weight lifted to objectively compare their strength against other powerlifters. 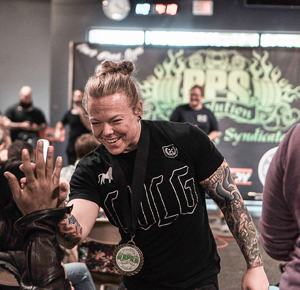 Burr, who stands 5-foot-3 and competes in the 148-pound weight class, needed to lift 562 pounds to break Marianna Gasparyan’s all-time Wilks Score. She says when her coach Trevor Jaffe presented her with the choice, the decision was immediate.

“My coach looked at me and I didn’t even have to say anything,” says Burr. “He knew what I wanted to do.”

Despite a heroic effort – the strain of which left her briefly unconscious – Burr fell just short of her goal. The miss cost her both the meet win and a crucial advance up the world rankings.

“Had I secured my last deadlift, I would have been ranked number one in the world,” she says. “But that just means my work is not done yet. … I just need to get stronger.”

Burr came away from the meet ranked No. 3 in the world. Her accomplishments have drawn sponsorships from Live Large Fitness and Strong House Powerlifting, but she earns her keep mostly through personal training and powerlifting coaching.

“I’m training them to avoid my mistakes,” she jokes. “I’ve found a home in this sport. Where it used to be just old huge fat guys, lifting and making a lot of noise, it’s grown so much. Now it’s empowering women, and the number of women competing in powerlifting has probably doubled in recent years.” 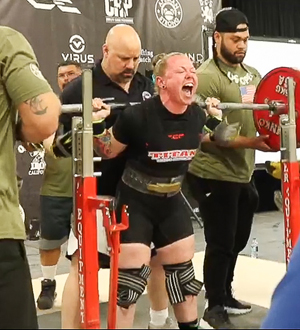 Burr says that with proper nutrition and training, senior men and women can greatly improve their golden years.

“You might think that by the time you’re 80, you’ll be bedridden or in a wheelchair, but you’re whatever you want to be,” she says.

Lately, Burr has added motivational speaking to her skill set. She’s traveled from New York to California spreading the gospel of “the champion mindset,” and says she finds these speaking gigs very rewarding.

“I give seminars on personal development and how powerlifting can help give you more mental strength and stability, along with physical strength. It’s grown from me being this itty-bitty personal trainer to something more than I ever thought it could be,” says Burr.

Her expanding workload and ambition to win titles will likely necessitate a move away from Darlington.

Burr is considering relocating to Florida or Ohio to gain better access to training and sponsors.
But wherever she goes, this graduate of Mayo Magnet High School and Coker College knows that her own champion mindset will keep her striving for more and better and best, always.

“That’s always been my personality. I want to see how strong I can possibly get, and with powerlifting there isn’t a limit,” says Burr.