As governor, Smith would elevate Veterans Affairs to Cabinet level 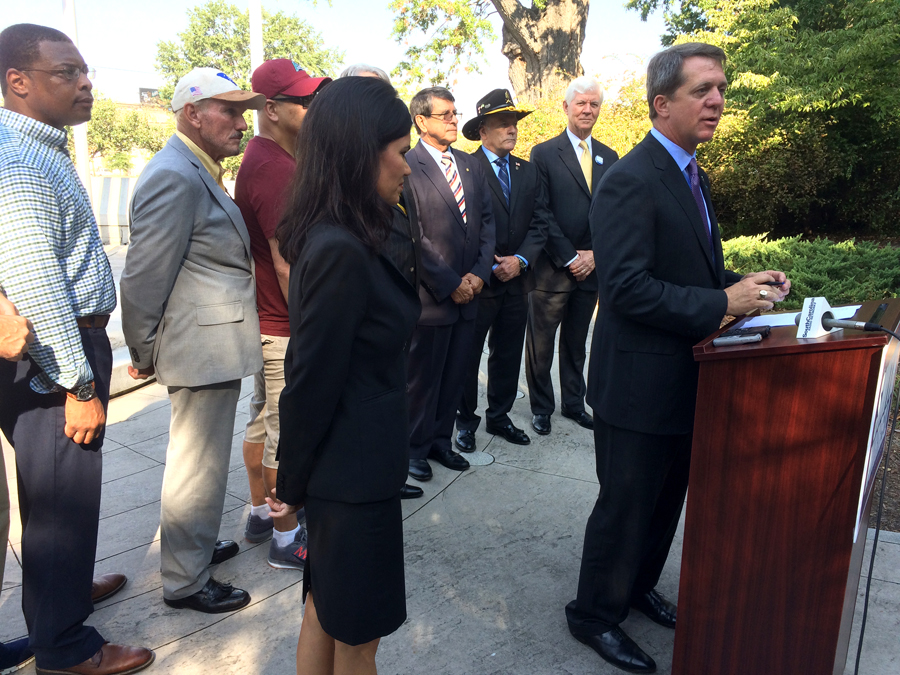 As a combat veteran and current major in the South Carolina Army National Guard, Smith understands what it means to serve and protect. And as a representative and future governor, he understands the responsibility we as a state and nation have to those who bravely fought for our freedom.

Proposals already advanced by Smith and lieutenant governor nominee Mandy Powers Norrell would benefit veterans and their families just as they would other South Carolinians. For instance, their plan to finally accept federal funds to expand Medicaid would provide healthcare coverage to 13,000 veterans who don’t have it now.

Veterans also often face challenges particular to their military service and efforts to adjust to civilian life. One in 10 South Carolina adults are veterans. Of those 8 percent live in poverty, and more than 700 are homeless, according to U.S. Department of Veterans Affairs. And we know that nationally, at least 20 veterans commit suicide each day.

Our veterans need a state government that’s willing to stand behind them as they seek the education, jobs, healthcare and other blessings of the good life in the country they have served.

But the great majority of veterans present South Carolina with tremendous opportunity as well. They make some of the most solid citizens in our state, bringing the courage, leadership skills and commitment they showed in uniform to their post-military careers, adding tremendous value to our communities.

We need to expand the Troops to Teachers initiative in South Carolina, so that our students can benefit from all that veterans can bring to the classroom. And we need to help veterans find work in construction trades through Helmets to Hardhats.

Smith has worked to make South Carolina a more welcoming environment for veterans, sponsoring legislation to reduce, and ultimately eliminate, state income taxes for all who have served in uniform.

Beyond that, with the U.S. Department of Veterans Affairs in turmoil in recent years, veterans need a visible and influential advocate on the state level.

That’s why the director of the Division of Veterans’ Affairs should report directly to the governor. The director would be charged with regular reporting on the current status of the veteran community as well as developing actionable solutions to best serve veteran needs. The director would also serve as a national advocate for South Carolinian veterans, working closely with congressional representation to create solutions to the obstacles facing those who have served.

Raising the profile of veterans’ affairs will make this part of state government much more transparent and accountable, so that everyone can see we’re living up to the obligation we owe veterans.

“These men and women have stepped up to serve their country, and as governor, I will pursue policies that make South Carolina the best place in the country for veterans to live,” said Smith. “South Carolina has a long tradition of valuing the sacrifice of those who have served, and they will always be front-of-mind in my administration.”