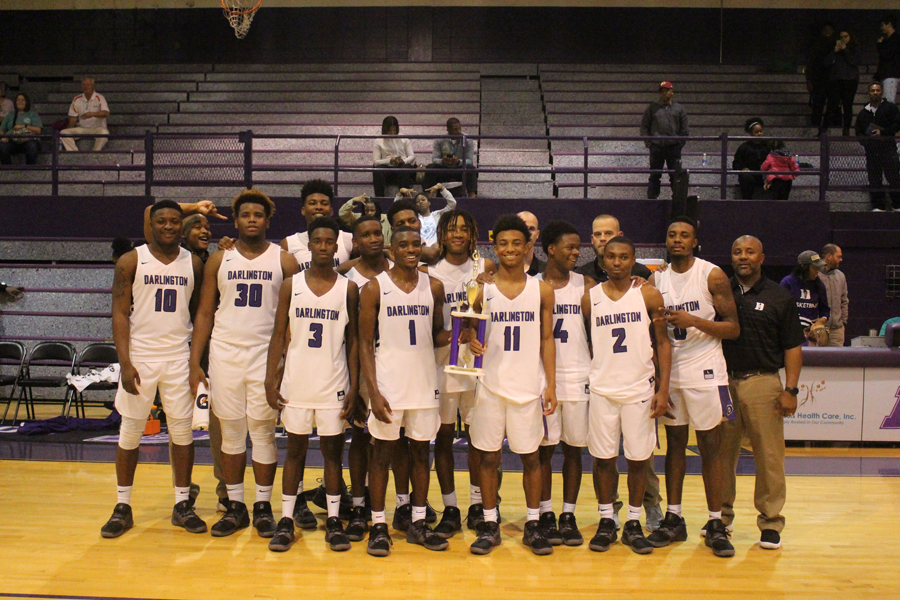 Darlington Boys
Led by tournament MVP Kenynon Scott’s 26 points, the Falcons protected home court and won the Darlington Too Tough to Tame Christmas Tournament with a 64-54 win over the Spring Valley Vikings.

Down by one to start the fourth quarter, Darlington opened the quarter on a 7-0 run to retake a lead that it would never give back.

After leading for the entire first half off of good shooting in the first quarter and great transition offense in the second, the Falcons’ offense went cold in the third quarter, allowing Spring Valley to get its first lead of the game.
Taking that lead into the fourth quarter head coach Anthony Heilbronn gave his team a few words of encouragement and from there the players took care of the rest.

“They came out and had a good push in the third quarter; we knew they would,” Heilbronn said. “We responded really well in the fourth quarter. I told the guys to stay with it, push and eventually we were going to wear them down. This is what we do. We are built for four quarters.”

The Falcons quickly retook the lead on the 7-0 run and up 52-48, tournament MVP Scott scored 10 of Darlington’s final 12 points of the game while the defense held the Vikings to just six more points total for the rest of the game.

“Kenynon was huge down the stretch, getting to the basket, shooting threes; I mean 26 points, that’s something,” Heilbronn said on the play of the tournament MVP.

Tournament recap
Darlington defeated Georgetown in the first game of the two-game tournament, winning 80-60. With the both wins to earn the tournament championship, the Falcons are now 11-1 on the year.

Darlington Girls
Behind an 11-0 run in the third quarter, the Darlington Lady Falcons defeated the Stall Lady Warriors 40-32 to capture the championship on the girls’ side of the Darlington Too Tough to Tame Christmas Tournament.

“Anytime you can come out and get a win it’s a blessing,” Darlington head coach Brad Knox said. “I appreciate these young ladies for coming out and playing hard. They are starting to buy into what we are trying to tell them to do. We are humble and we are going to continue to work and that is the only thing we can do.”

The game between both was really a story of runs and cold shooting and Darlington was not the only team to have an 11-0 run of its own.

After jumping up to a quick 4-0 lead over Stall, the Lady Falcons went cold and the Lady Warrior got hot going on an 11-0 of their own to close out the first quarter.

Darlington ended that cold streak in the second quarter, hitting five field goals compared to the two it made in the first quarter and closing the quarter on a 6-0 run, but the biggest difference was the free throws.

Having struggled early in the season with making free throws, the Lady Falcons put in their best performance of the year going 7-11 in the first half and 8-13 in the second half.

“Before the start of this tournament, each player had to make 50 free throws apiece,” Knox said. “Earlier in the season we kind of struggled with making free throws. We know we want to be good and we know if we want to advance later on down the line or have a good region we have to be able to make free throws.”

The Lady Falcons’ free throw making was extremely important in the fourth quarter as Darlington’s offense went cold again, not making a single field goal for over 10 minutes; a span that was combined between the third and fourth quarters combined.

In fact, Darlington was so cold shooting that all but two of the Lady Falcons’ points scored in the fourth quarter were from the free throw line.

Tournament recap
The Lady Falcons won the first game of the two-game tournament against the Chesterfield Lady Rams 58-26. Like the boys, the girls only have one loss on the year. 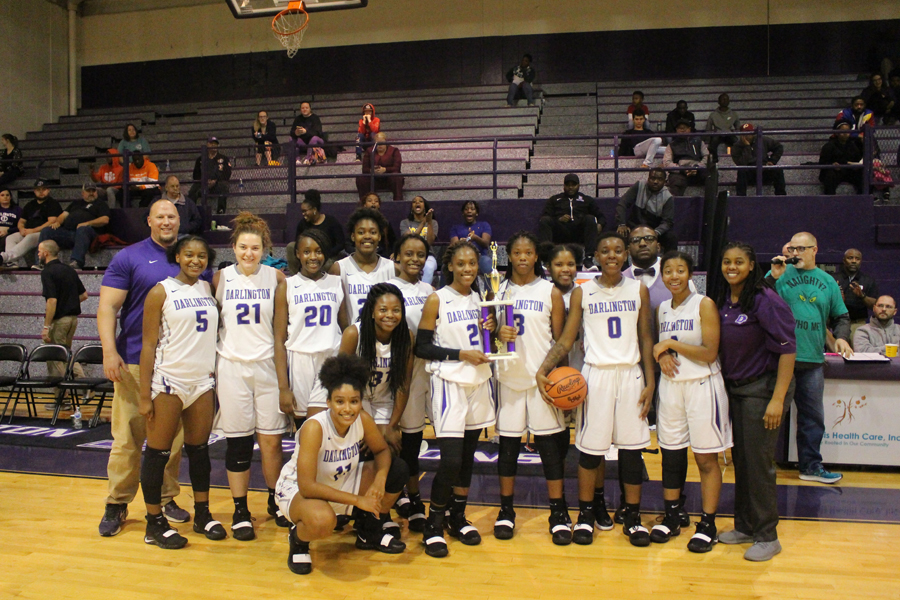