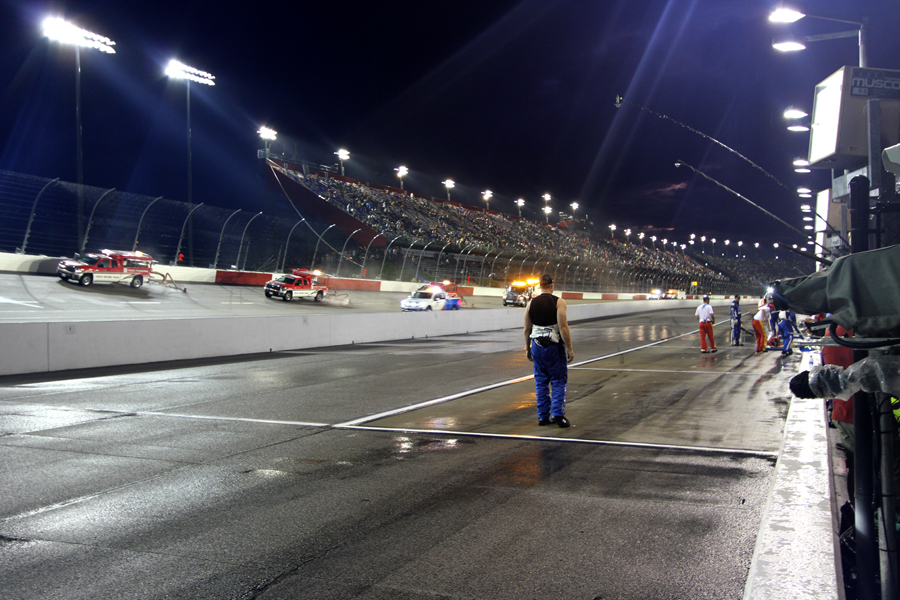 I resisted the Lady in Black for 58 years.

I’m not sure why. Too much noise? Too many people?

I don’t know. But the Sept. 1 running of the Southern 500 – more formally known as the Bojangles’ Southern 500 – was the first time I had been to the annual race, either as a reporter or just as a regular fan-man-person.

I arrived at 3 for a 6 p.m. start and was still there at 3 a.m. because rain, rain and still more rain delayed the whole thing for four hours.

The race ran from 10 p.m. to 2 a.m. This may not have been the latest start in the Southern 500’s 70-year history, but it’s got to be in the Top 5. It would have been a lot later if not for the Raceway’s fleet of vehicles for drying the track. They make a high-pitched ZEEEEEEEEEEEEEEE sound: “The bees are out,” said one member of the press corps.

Anyway, I saw the race from the infield and took photos for the newspaper. Here are 10 things I learned as a Southern 500 virgin:

2. The pit crews are as much athletes as mechanics. They do little dances to limber up. They run in place. They do leg splits. They stretch like runners. They also gobble pizza, but that energy has to come from somewhere.

3. When a driver is out of the race, his pit crew packs up like it’s checkout time at Motel 6. They just roll, wrap and fold everything up, cover it all with a black tarp, and go. After No. 51 B.J. McLeod was out of the race, a big cardboard pit sign reading “51” was tossed toward the fence. A fan grabbed it.

4. There really is a Mr. Bojangles’. He wears bright yellow clothes bespeckled with the word BOJANGLES’. He eats a lot of Bojangles’. I want to be him. 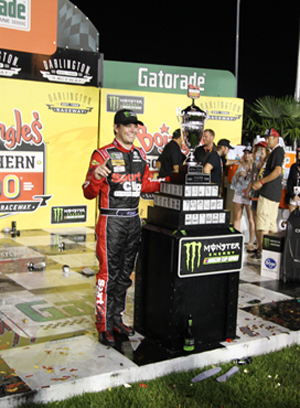 5. I could live in the Raceway’s Media Center. Bright red walls, lots of desk space, multiple flatscreen TVs, free food, free drinks, a boisterous national press corps that sometimes had to be asked to tone it down a notch.

6. The best way to entice the national press corps to tone it down a notch is to give them free food.

7. Did I mention there really is a Mr. Bojangles’?

9. Highway Patrol officers directing race traffic at 3 a.m., when they likely expected to be home in bed, are not to be trifled with.

10. Those plastic earplugs-on-a-string from Wal-Mart really do work.