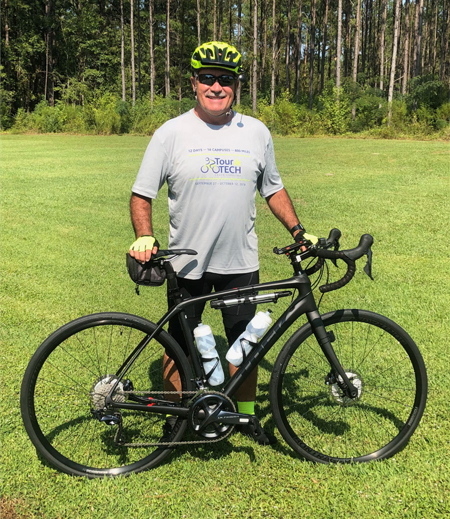 He is bicycling to all 16 technical colleges in the Palmetto State in a fund-raising effort for scholarships that is being called Tour de Tech.

Florence-Darlington Technical College was one of his stops on a recent leg of his statewide mission.

When he arrived at FDTC, Hardee had one last leg to complete on Oct. 12 with a visit to Horry Georgetown Technical College in Conway.

A local donor was to present Hardee a check at the FDTC stop of the tour.
Some 80,000 students are enrolled statewide in the South Carolina Technical College System and FDTC by itself has a total of nearly 6,000 students taking classes at its campuses.