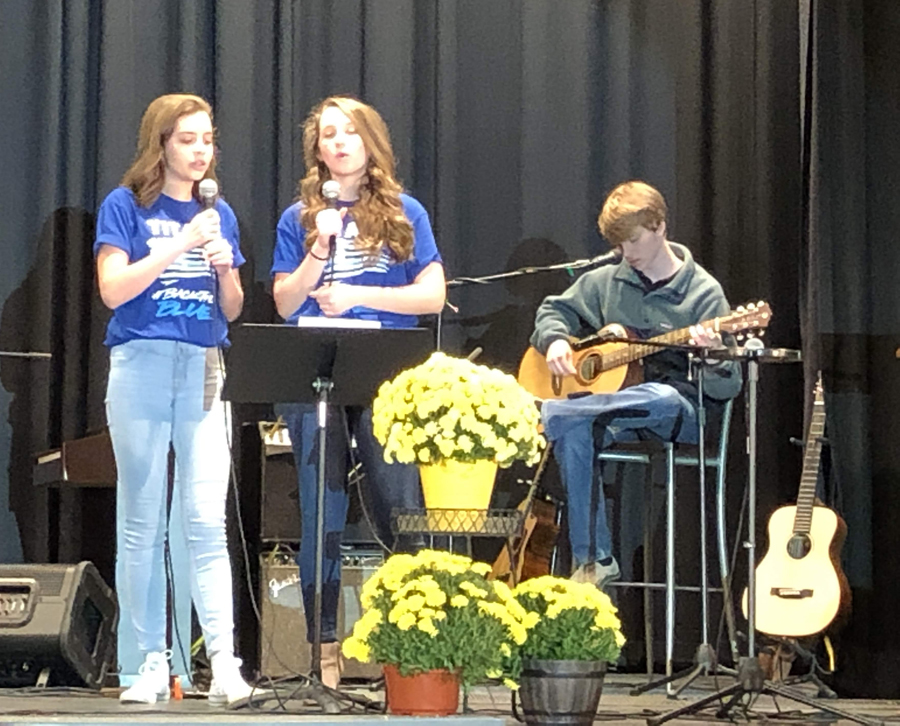 Trinity-Byrnes Collegiate School raised over $30,000 at a benefit concert Nov. 15 in the Sonoco gymnasium on the school’s campus in Darlington. Students planned the “Titans Back the Blue” event to raise funds for the families of the fallen and wounded law enforcement officers in the Oct. 3 incident in Florence.

The evening began with singers from Cornerstone Baptist Church and Round O Missionary Baptist Church performing contemporary Christian songs. Pastor Lacie Jones, the school’s chaplain, served as the speaker and Master of Ceremonies. Upper school students joined together in duets and small groups to perform songs such as “Let It Be,” “Lean on Me” and “Hallelujah.”

Head of School Ed Hoffman said it was important for the school to follow the students’ lead and hold the concert. “We wanted to do something positive,” he said. “Something to give back to the community and to raise funds to help the families that were in need.”

Admission tickets, T-shirt sales and private donations contributed to the success of the event. The majority of the student body had ordered the event shirts and wore them to school Thursday in support of the benefit.