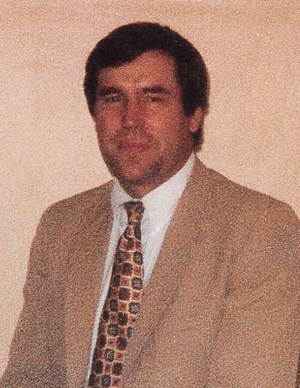 Born in Chicago to Mr. and Mrs. Howard Neilson, “Coach Dave” spent most of his life in South Carolina. While attending Aiken High School, he achieved success as a basketball player and earned a scholarship to the University of South Carolina.
Though he majored in business and served in the Army, Neilson’s love for basketball eventually led him to become a coach and educator.

While teaching history and marketing at St. John’s High School, Neilson coached the 1983 Blue Devils basketball team to an undefeated 27-0 season and the 3-A Boys’ State Championship. The memory of that title game – a 56-55 last-second victory over James F. Byrnes – still resonates sweetly among hometown fans.

“Terrance Sanders tipped in the winning shot with one second left on the clock and everybody just went crazy. It was magical,” said Howard Garland, a former Neilson player who called the game on radio station WDAR.

“On the way home from Columbia, the bus stopped at a Wendy’s and Dave insisted the restaurant give every player a free apple pie because they were champions.”

Though that ’83 championship was the only state title Neilson claimed before retiring from St. John’s High School, his coaching career continued at Byrnes Academy and he officiated countless football, basketball, baseball and soccer games around the state.

“He was a wonderful coach,” said Mike Beckham, who played JV basketball for Neilson at St. John’s.

“He wasn’t the kind who broke you down if you didn’t get a drill right the first time. He’d build you up, encourage you and show you the right way to do something.”
Neilson inspired students in the classroom, too, and his engaging teaching style at SJH, Seneca High School and Byrnes Academy inspired some pupils to become educators.
“Dave was my World History teacher at Seneca High School,” wrote former student Frankie Bonnette in an online tribute. “Because of our class activities I learned to love history, later majored in and taught history!”

Though not everyone had the chance to be coached or taught by Neilson, many were entertained by his silly yet skillful magic shows at local events like the Sweet Potato Festival and Catfish Festival. Neilson seemed to have an endless supply of “dad jokes” to make audiences chuckle. For instance, he told this gem from the Sweet Potato Festival stage one year: “Last night, I had the most wonderful dream where I was eating a giant marshmallow. Then I woke up this morning and my pillow was gone!”
Since his passing, many people have shared memories of playing cards or chess with the sharp-minded Neilson, catching rides to games in his wildly overstuffed station wagon, or simply visiting him and sharing fellowship with a good friend.

Neilson is survived by his wife, Denny Woodall Neilson, and many in-laws, nieces and nephews, several cousins and extended family members. In lieu of flowers, the Neilson family asks that donations be made to Central Baptist Church of Darlington, where Coach Dave served many happy years as a deacon.