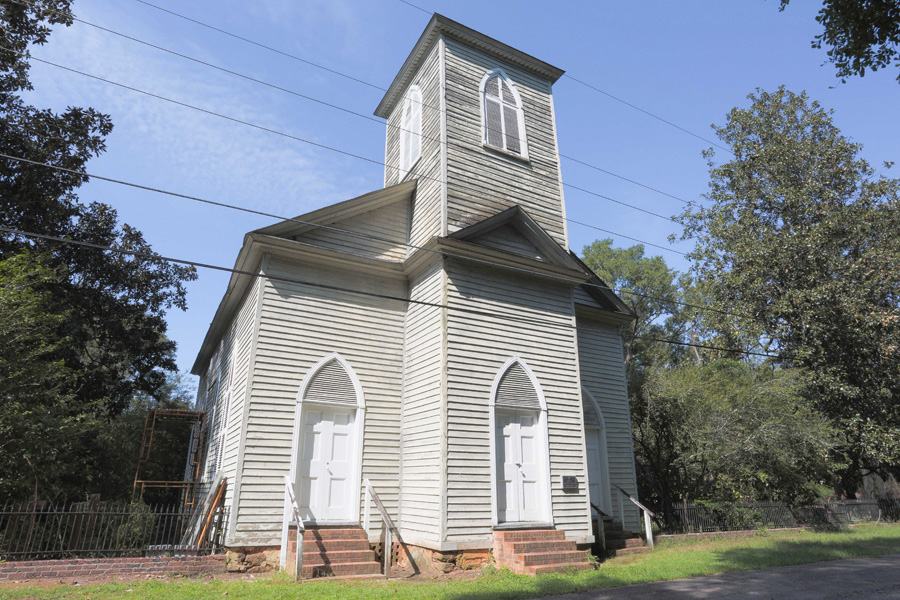 As modern “megachurches” spring up in more and more communities across America, many older churches are seeing their congregations dwindle. Decreased attendance makes it difficult to fund upkeep of these historic chapels and sanctuaries, and the number of at-risk sacred spaces is growing.

“We used to mostly get calls from people worried that a historic house or downtown building was in trouble, but in recent years we started hearing people say that the church their family used to attend was falling in. We saw more of that happening,” says Mike Bedenbaugh, executive director of Preservation South Carolina, a nonprofit founded to protect and restore our state’s architectural history. 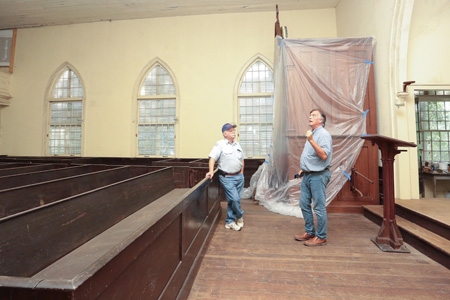 To help address this growing problem, Bedenbaugh’s group has teamed with author/photographer Bill Fitzpatrick on a new book depicting 70 churches and temples that helped shape our state’s culture and history. Sales of this book, entitled “South Carolina’s Sacred Spaces,” will fund a grant program (named Saving Our Sacred Spaces) to help these churches make needed repairs and preserve their buildings for posterity.

“We also want to go into the philanthropic community and say, ‘Here is something worth supporting,’ so we can fund the program with more than just book sales,” says Bedenbaugh. 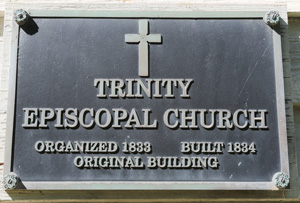 At present, the grant program is under development, with their first grant cycle planned for late winter or early next spring. Bedenbaugh says that any church groups interested in applying should have clear goals and priorities for their projects, and should be registered nonprofit organizations. He notes that even small amounts of capital – from grants or community fundraising – can help at-risk churches stay standing.

“It’s amazing how little cash can buy these places time. Sometimes it’s just the cost of a termite treatment, or the labor to put some tin on the roof,” Bedenbaugh says.

One potential candidate for grant funding is Trinity Episcopal Church of Society Hill. Never wired for gas or electricity, much of the church’s interior remains just as it was when consecrated in 1834, with the original box pews downstairs and the rough benches of the slave galley above.

Funding to restore and preserve Trinity Episcopal comes largely from the Jamison Committee, a nonprofit community foundation dedicated to maintaining the church. The group is named for Society Hill native and Circuit Judge John Jamison who in 1999 funded restoration of the church’s 1873 W.B.D. Simmons pipe organ to its original condition. Unfortunately, the elements have continued to batter the old church, and its condition has declined badly in the past 20 years. 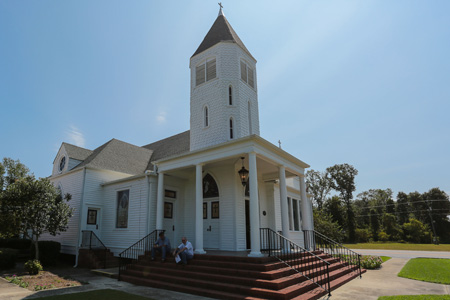 Jamison Committee member Bill Segars, a builder who specializes in restoring historically significant structures, began working on the church this past year. He said the first order of business was relocating several thousand honeybees who had bunked down in the church’s walls, then builders replaced timbers and rafters rotted away after decades spent under a leaky roof. The church is now structurally sound, but a new roof is needed to stabilize the building long-term. Segars says work should begin on that project within the next few months.

Another Darlington County church, Wesley Chapel United Methodist in Lydia, is working hard to keep itself from fading into history. Founded in 1789 (in their current building since 1908), Wesley Chapel has provided a church home to hundreds of families. Though the once large congregation now numbers around 100, many former members still visit to worship in the well-kept sanctuary, which features a number of beautiful stained glass windows. 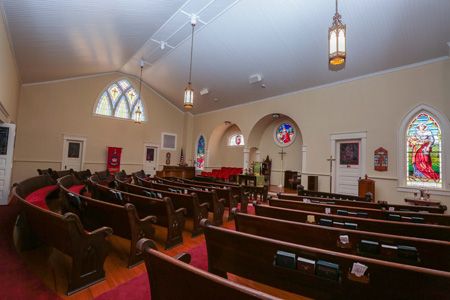 Church historian Johnny Andrews says that Wesley Chapel’s condition is owed to continued attention from its board of trustees, who attend to repairs each year before any problems take root and fester. The church also keeps in touch with former members via newsletter, and takes care to celebrate special occasions – like their 230th Anniversary on Oct. 20 – with programs highlighting Wesley Chapel’s rich history. 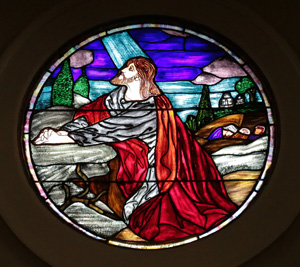 He notes that even though some historic churches have lost members, suffered structural decline, or even been deconsecrated or decommissioned in the past few decades, recovery could be on the horizon … if they can just hold on long enough.

“The situations that caused these places to close their doors may not last forever. Every good historian knows that history comes in trends, and we’re now in a time when social mores from 50 years ago are changing. But we’re confident that if the historic places that reflect the traditions of the community can just hold on, the shift back to people wanting to gather there will happen,” says Bedenbaugh.

To learn more, visit preservesc.org/sacred-spaces. You can order Bill Fitzpatrick’s book “South Carolina’s Sacred Spaces” through the website, or purchase a copy at your favorite local bookstore.