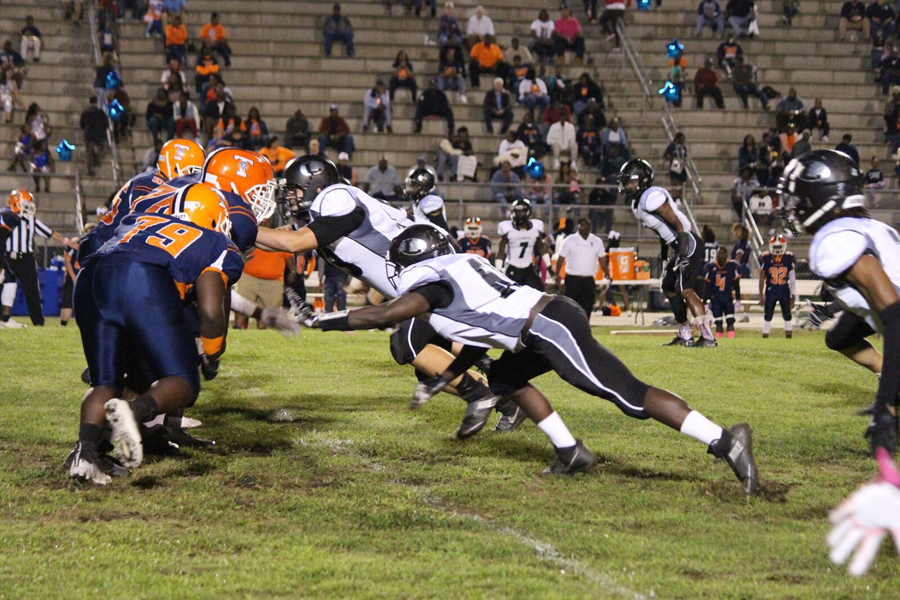 The Lamar Silver Foxes improved to 6-1 overall and more importantly 1-0 in the region with its 42-8 victory over the Timmonsville Whirlwinds Friday night.

“I think it was a good way to start region,” Lamar head coach Corey Fountain said after the game. “Our offensive line and our backs did a real good job of blocking tonight for each other and sustaining blocks and that was really good, I was proud of those guys.”

Playing on the road and on Timmonsville’s homecoming, the Silver Foxes made themselves right at home on Bill Tate Field, dominating one of their biggest rivals for four quarters.

Lamar’s domination got off to a quick start when the Silver Foxes’ defense forced a turnover in the very first drive of the game.

Coming out of a Timmonsville’s timeout with 9:05 still left to go in the opening quarter, the Whirlwinds attempted to set up a screen against Lamar’s defense, but instead Jamaric Morris threw it right to one of the Silver Foxes interior lineman who returned it to Timmonsville’s 14-yard line.

With such a short field it took Lamar just one play before Malik Johnson found the end zone to give the Silver Foxes the early lead.

Up 7-0 after one quarter, Lamar began to separate its self from Timmonsville in the second quarter outscoring the Whirlwinds 21-8.

Jacquez Lucas scored two of the Silver Foxes’ three touchdowns in the second quarter with a seven-yard run that had been set up by a drive that started in the first quarter and another seven-yard run coming out of the wildcat formation where he took the direct snap.

Patrick Anderson scored the last touchdown, running in from two yards out on fourth and two with just 6.5 seconds left before half.

Starting the third quarter off being up by 20, Lamar added 14 more points to its lead.

After being forced to punt on the opening drive of the third quarter, Morris for some inexplicable reason touched the football, but did not pick it up allowing the Silver Foxes to recover the muffed punt at the Whirlwinds five-yard line. From there it took only one play for Rashad Johnson to score.

The Silver Foxes finished off their scoring for the game with just 46 seconds left in the third when Anderson scored his second touchdown of the night, running in from five yards out to put Lamar up 42-8.

Timmonsville scored its only points of the game in the second quarter on a four-yard touchdown run that was setup by a controversial roughing the passer call one play earlier.

“Defense stepped up,” Fountain said. “We gave up some yards in the first quarter; maybe the first half and we made some adjustments at halftime and stop them in the second half from getting those big runs they got in the first half. They did a good job of adjusting.”

Outside of the one loss on the season, the Silver Foxes defense has not given up more than eight points in any game.