Hartsville Red Foxes cruise to second round after crushing Crestwood 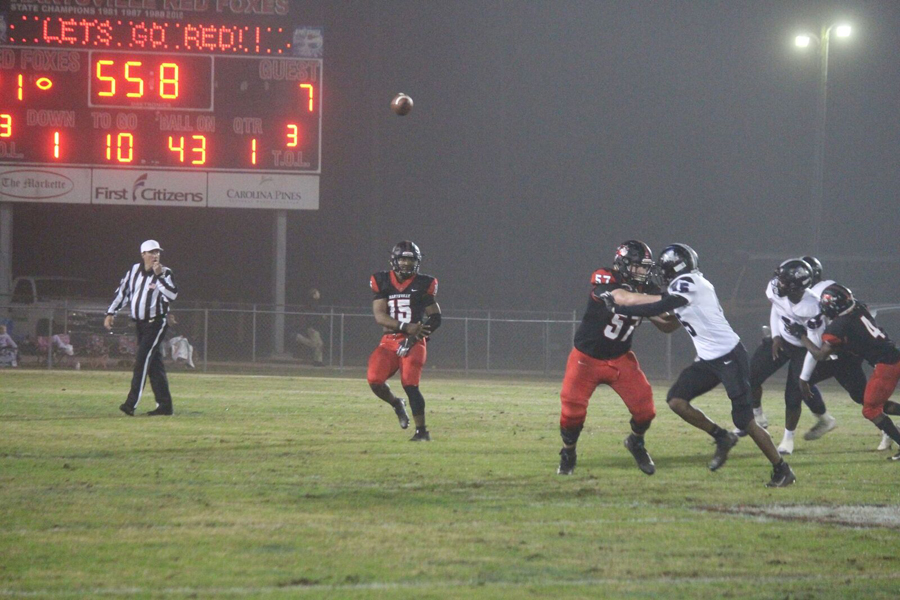 It was a good start to the class 4A football playoffs for the Hartsville Red Foxes this past Friday night.

Playing in front of a home crowd on a brisk, foggy night, the Red Foxes cruised to an easy 57-7 victory over the Crestwood Knights.

“We are just excited to still be playing; you have to survive and advance,” Hartsville head coach Jeff Calabrese said. “It doesn’t matter who you are playing and everybody’s record is even and you have to prove it every Friday night.”

Behind an explosive offense, a dominant defense and more than adequate special teams, Hartsville was too much for Crestwood and by halftime the game was way out of reach.

The Red Foxes scored four touchdowns in the first quarter and another three in the second quarter, before the starters gave way to the reserves to start the third quarter.

Quarterback Tiyon Evans led the Red Foxes with five touchdowns on the night, with one passing, one on a kickoff return and three rushing. He just missed out on two other passing touchdowns as both runners were ruled out on the one-yard line. 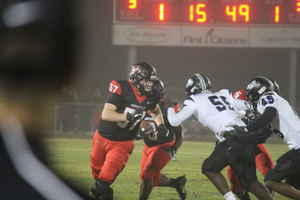 Joining Evans in the scoring in the first half were running backs Collins Bishop and Dariyan Pendergrass.

The scoring blitz got started on Hartsville’s very first offensive possession of the game. On just the second play of the drive Evans connected with J.D. Pendergrass for a 46-yard touchdown and that was just the beginning.

Crestwood tied the game on the ensuing drive, but that tie did not last long as Evans called his own number, returning the next kickoff 85 yards for the touchdown and from the Red Foxes never looked back.

Up 14-7 following Evans’ kickoff return for the touchdown, Hartsville scored a touchdown on its next four possessions and it was Evans who scored the first three of those four.

The fourth and final of that run was a one-yard run from Bishop that was set up by after a 57-yard reception by J.D. Pendergrass, who was ruled out at the one-yard line.

Crestwood finally made a defensive stop following Bishop’s touchdown, but the Red Foxes wrapped up the first half with another touchdown on the following drive, as Dariyan Pendergrass ran in from 6 yards out with just 17.8 seconds left in the second quarter.

With such a massive lead and no need to risk injury, Hartsville immediately began to empty its bench at the start of the third quarter and by the time the game was over it seemed as if every Red Fox football player had gotten a chance to get on the field.

Hartsville added on one more score in the fourth quarter when Darian Mcmillan rushed in for the seven-yard touchdown.

The Red Foxes now get ready to take on Brookland-Cayce this Friday at home in the second round of the class 4A playoffs.