Carolina Pines Regional Medical Center in Hartsville has named its employees of the year in several departments: 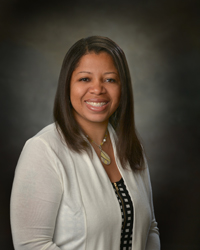 Kimberly Prescott, RN, of the Medical/Surgical Department at Carolina Pines Regional Medical Center was named Nurse of the Year for 2018. The award is chosen from the four winners of each year that are nominated by hospital staff, patients and family members that wish to recognize exceptional nurses each quarter.

“Carolina Pines awards the nurses of distinction with the national Daisy Award each quarter,” shared Christy Moody, Chief Nursing Officer. “Kimberly is an excellent RN who provides exemplary service to her patients. She is compassionate, patient and very knowledgeable. She treats her patients and their families as if they were her own – and Kimberly has been known to go out of her way to care for her patients.”

In her nomination form, Prescott was described as “a rainbow on a cloudy day” by a recent family member of a patient, and that she is “a professional and shows her love for the job – you can tell that she truly has nursing in her heart.”
Prescott began her medical career as a med tech/caregiver with the Kershaw County Board of Disabilities in Camden until 2010 and worked as a CNA at Kershaw Health for six years. She is a graduate of North Central High School and received her Associates Degree in Nursing from Fortis College in Columbia in 2015. She has been an RN since September 2016 and began working at Carolina Pines Regional Medical Center in November 2016.

She is the mother of a son, Jaylen, and attends Mill Creek Baptist Church with her family. 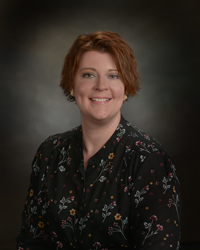 Shannon Kennedy, Assistant Practice Administrator of The Medical Group at Carolina Pines Regional Medical Center, was named Manager of the Year for 2018. The award is chosen from the four winners of each year that are nominated by hospital staff that wish to recognize one of their peers as an exceptional manager each quarter.

Kennedy has worked for various departments in The Medical Group for over 14 years and began her career in healthcare in August 2004 working for Dr. Emmanuel Quaye. She is a graduate of Hartsville High School and Florence-Darlington Technical College.

From her nomination form, Kennedy is described as a very hard-working individual that is actively involved with both The Medical Group clinic offices and the hospital, taking initiative to implement changes to keep each office running smoothly for both physicians and their patients. “This manager makes you feel important no matter what your job is; she is a very hard worker and is very deserving of this award.”

She and her husband have two young sons; they reside in Hartsville. One of her sons participates in the Miracle League in Florence and she aspires to help bring a similar field to the Darlington County area for special needs children to participate in sports. 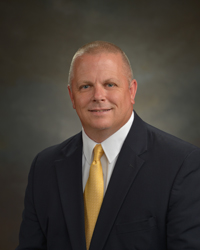 Jeff Steen, CNA, of the Surgical Unit of Acute Care Services at Carolina Pines Regional Medical Center was named the Nurse of the Year for 2018. The award is chosen from the four winners of each year that are nominated by hospital staff that wish to recognize one of their peers as an exceptional employee each quarter.

Steen graduated from Hartsville High School in 1991 and remains a devoted Hartsville Red Fox fan. He continued his education at Florence Darlington Technical College and graduated with an Associate Degree in Science. He began his career at Carolina Pines Regional Medical Center in September 2013 as a Nurse Extern and is continuing his studies to become an RN. From his nomination form, he was described as a kind and soft-spoken person who always greets his co-workers and patients with a smile, and “Jeff leaves you with the feeling that there are still good people in the world.”
In addition to his duties at Carolina Pines, Steen is an active member of the community and maintains a second job at Brown-Pennington-Atkins Funeral Home as a funeral assistant, helping family and friends that have lost a loved one. Steen and his wife and two daughters reside in Hartsville.