Gourds, squashes and pumpkins, oh my! 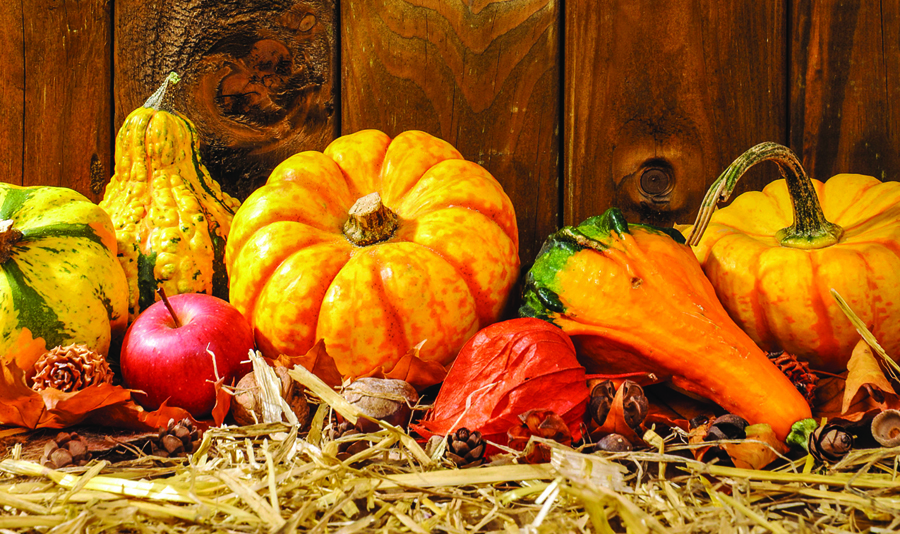 Halloween takes place during a time of year characterized by earthen-colored chrysanthemums, leaf-lined walkways and crisp autumn air. As colorful as the costumes children wear for trick-or-treating may be, nature’s beauty is unsurpassed this time of year, and the scores of pumpkins, gourds and squashes on display only add to that colorful melange.

The Cucurbitaceae family may be best known for pumpkins, squash and gourds, but there actually are 800 species that belong to this family. While they share many of the same properties, these fruits each have their own unique attributes.

The main differences between squashes, gourds and pumpkins is their intended purposes — whether they’re ornamental or edible.

Squash
Squashes come in summer and winter varieties. Winter ones do not actually grow in the winter; in fact, they’re harvested in late summer and early fall, but the name references the hard shell casing that protects the tender pulp inside. Zucchini are summer squash because their outer flesh is tender, while butternut, acorn, spaghetti, and hubbard squashes are winter squashes because they feature a tough skin. Even though it takes some effort to crack that shell, the dense, nutrient-rich flesh inside is well worth the workout.

Gourds
Gourds are essentially ornamental squashes; they aren’t cultivated for eating. Instead they are bred to look beautiful and unique in autumn centerpieces. Types of gourds include autumn wing gourd, warted gourds, turban gourds, and bottle gourds. Each gourd is unique in its shape and color.

Pumpkins
Pumpkins come in ornamental and edible varieties. Even though all pumpkins can be consumed, some taste better than others. Small pumpkins tend to be decorative because, according to Nutritious Life, they do not have enough meat inside to make them worthy of cooking. However, sugar pumpkins are best for baking and cooking favorite recipes, states the resource Pumpkin Nook.

The festive hues and flavors of squashes, gourds and pumpkins are one more thing that makes Halloween and autumn special.