Home » News » Get the facts about clothing donations

Get the facts about clothing donations 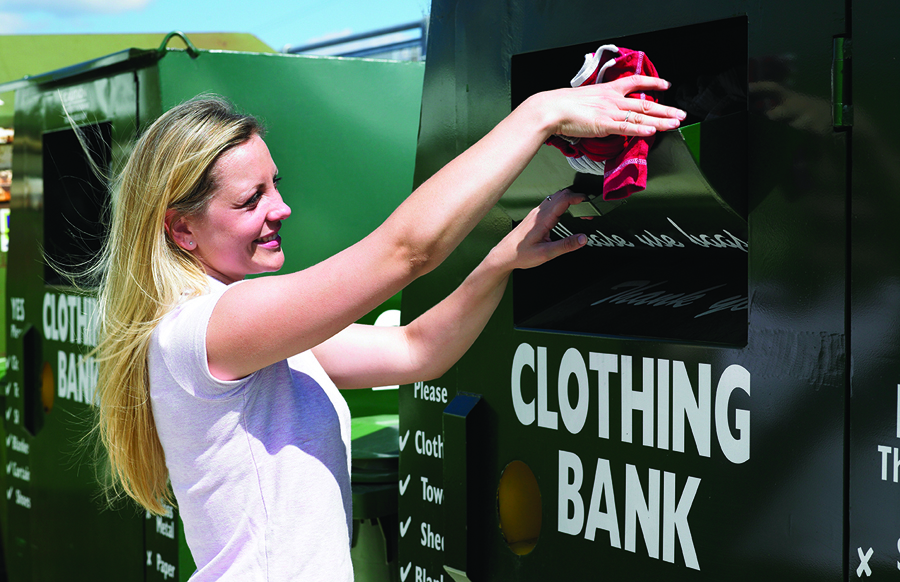 Did you know that around 80 billion articles of clothing are produced and sold around the world each year? The documentary “The True Cost,” which offered an inside look at the fashion industry, indicated consumers now purchase 400 percent more clothing than they did 20 years ago. The average American ends up thowing out 82 pounds of textile waste each year.

Rather than sending clothing to landfills, many people opt to donate items that they no longer wear. Some drop off large bags of clothing in bins found in local retail parking lots, while others donate directly to organizations that operate secondhand clothing charities. But once those clothes are dropped off, where do they go? The answer is more interesting than some may know.

ABC News has found that less than 10 percent of donations are actually kept by charitable institutions and sold in their thrift shops. Research from National Public Radio’s Planet Money says the U.S. exports over a billion pounds of used clothing every year. Much of that clothing winds up in used clothing markets in sub-Saharan Africa. These clothing items are sorted and resold to the local population, which benefits from lower-cost shirts, pants and shoes.

Many pieces of clothing are either shipped away or sold to recycling companies who turn textiles into cleaning cloths and industrial items. Some people may be glad to learn that their favorite college sweatshirt may one day be an engine-cleaning rag in a mechanic’s shop.

Even though a small percentage of clothing items may benefit people in local communities, clothing donations are still doing good for the community. Money earned on selling clothes to recyclers or around the world may help charities raise funds for local causes.

If the ultimate goal is to have used clothing benefit those in need nearby, here are some ways to do that.

• Donate directly to a friend or neighbor who could benefit from some free clothing.

• Bring only high-quality items to secondhand shops so they have the greatest chance of being resold.

• Ask questions as to how clothing donations are used. Donate to those charities who work to benefit local communities.