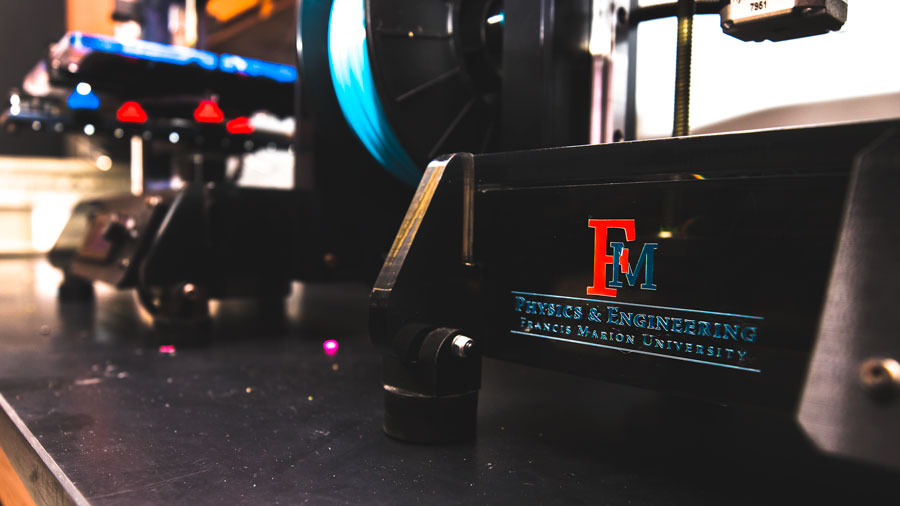 Francis Marion University is on the way to adding a second engineering degree program to its growing repertoire, part of a dynamic expansion of the University’s academic programming.

FMU’s Board of Trustees approved the addition of an undergraduate mechanical engineering degree at their quarterly meeting Thursday.

The program requires additional regulatory approval, but pending the successful navigation of those processes, students could begin matriculating in the new program as soon as the 2019-2020 school year, with the first graduates following a few years after that.

Like FMU’s industrial engineering degree, which the University started in 2014, mechanical engineering is a direct response to input from business and industry leaders in the area. It also offers yet another meaningful, professional career path to FMU students, says Dr. Fred Carter, FMU’s president.

“Mechanical engineering will be a superb addition to FMU’s curriculum,” Carter says. “Like many of the new degree programs we’ve created in the past decade, it represents a wonderful pairing of demonstrated workforce demand and relevant career offerings for our students. We’re looking forward to seeing it move through the regulatory process and come to fruition.”

FMU’s industrial engineering program has seen great success and growth since it began. Every graduate of the program to date was hired to a job in the field before graduation, and the program has grown every year since inception.
Carter notes that the program is a natural outgrowth of FMU’s business and physics programs, whose graduates have fueled business growth in the region for years. Mechanical engineering also complements industrial engineering in a number of ways and represents to the perfect sequential step for FMU’s Department of Physics and Engineering.

Also at Thursday’s meeting, Carter said that he had asked the provost’s office to put together a feasibility study for a master’s level degree program in Environmental Sciences. The program makes sense, Carter said, because of FMU’s strong tradition in the sciences; and because of its location in a critical, multi-state watershed.

The program would be housed in FMU’s Department of Biology.