Home » News » End of a good journey for Robinson-Cain

End of a good journey for Robinson-Cain 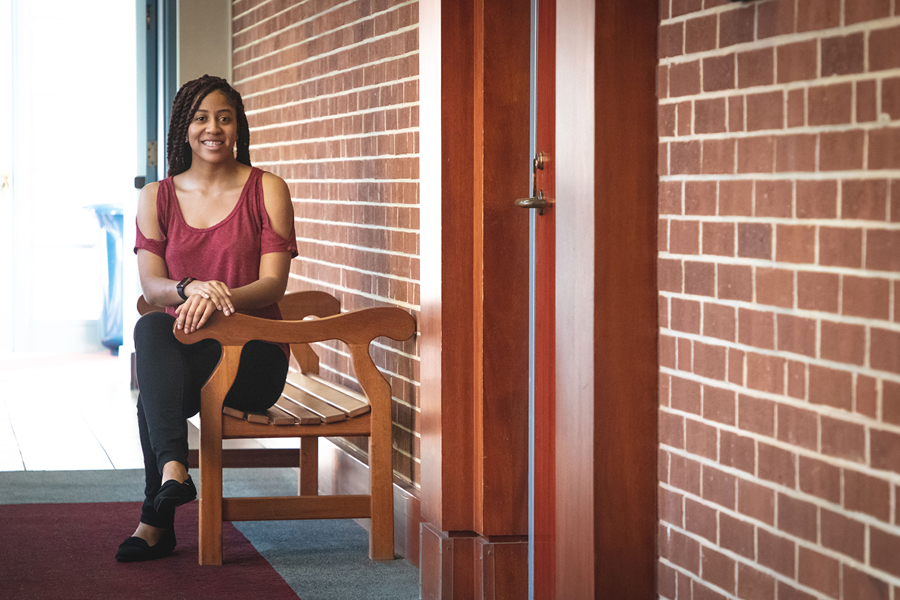 FLORENCE — Francis Marion University wasn’t Chanie Robinson-Cain’s first choice when she was picking out a college and it took her two years to settle on a major once she arrived.

But four years after it started, Robinson-Cain wouldn’t change a thing. Her collegiate journey has been just as important as her destination, although she’s pretty happy about that, too.

Robinson-Cain graduated with a degree in psychology. Next stop: grad school at FMU, followed by a career in counseling.

“It’s been an interesting trip, a good trip,” says Robinson-Cain, “and this has been a good place to take it. The support I’ve received, the opportunities I’ve had … it’s hard to imagine it happening anywhere else. I’ve learned a lot about myself. I’m proud of what I’ve accomplished.”

Robinson-Cain, a Greer native, wound up at FMU at the urging of her parents, who thought it a more practical choice than some of the other schools on her list. Robinson-Cain liked the feel of it right from the start, but bounced around academically as she struggled to find a course of study that matched her real interests.
She finally discovered it near the end of her sophomore year when she walked into the Psychology office and declared her intent to become that department’s newest major.

“The minute I said something it was like a big psychology party broke out,” says Robinson-Cain. “The (departmental) secretary was thrilled, some faculty that were in the office were cheering a new member of the family. It’s kind of been like that for the past two-and-a-half years, just very rewarding. And it’s become increasingly clear that this is who I am, wanted I always wanted to be.”

Robinson-Cain’s psychology studies have meshed nicely with other interests and activities. She’s worked on campus as a resident assistant (RA), in the psychology office, and with four different charitable organizations in the area, including Homeless Connect, the Naomi Project and Marian Wright Edelman’s Freedom School in Bennettsville.

All involved building relationships on an individual basis and trying to understand the inner workings of individuals.

“I think all that showed me that there is something a little bit bigger out there,” says Robinson-Cain. “It’s not always about you. I felt comfortable in that world and it connected my to field as well. My professors — all of them — helped me to that realization. It’s just been a great experience.”

Though graduate school and licensure await, Robinson-Cain is already providing useful counsel to friends and family headed down the college path.

“Don’t feel like you have stay wed to your plan,” she says. “Take some time to explore, to find out who you really are. If you can find the right place to do that, like I did, it will all work out.”