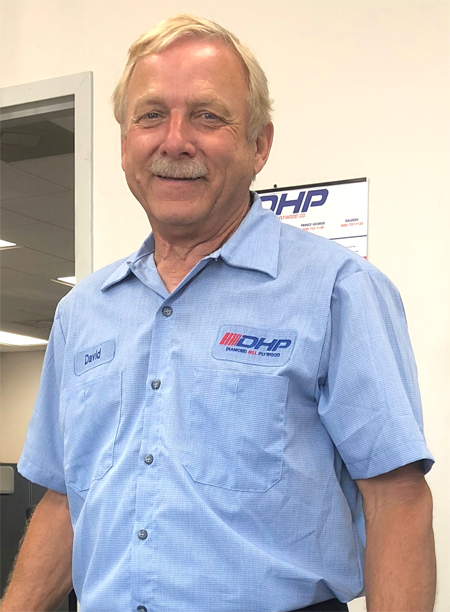 David Andrews, a truck driver for Diamond Hill Plywood Company who works out of the Darlington branch location on Ebenezer Road, has been named a Driver of the Month by the S.C. Trucking Association.

Andrews was chosen for the honor because of his record of safe, courteous driving and his employer’s recommendation. He has been a professional truck driver for more than 40 years, the past 10 of which have been with Diamond Hill. He has more than 1 million miles in total career mileage, more than 500,000 miles with Diamond Hill and has never had an accident.

He is a 42-year veteran of the S.C. National Guard, retiring as sergeant first class. He was with his unit in Iraq from 2003-04. Andrews is a longtime member of Bethel United Methodist Church, where he serves in a distinctive music ministry. As a semi-professional musician, he has experience playing guitar and bass and also as a singer.

In his Christian music ministry, Andrews and his group have often performed for his home church and neighboring churches. Andrews and his wife, Debra, have been married more than 46 years.

He is in the running with the other 11 winners and one will be chosen as S.C. Truck Driver of the Year.