As depicted in artist renderings and floor plans from engineering and design firm Michael Baker International, the new 38,000-square-foot building would feature improved security for judges and court personnel with a separate entrance and exit, gated parking lot and sequestered office space. 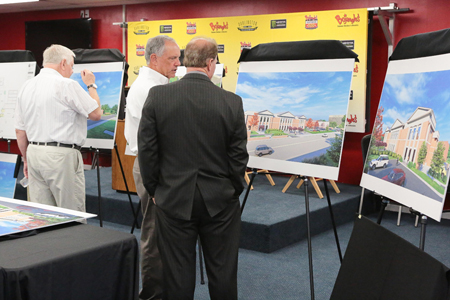 Darlington County administrator Charles Stewart said the building will hold five judges’ offices, each with an administrative area and restrooms. Three specific elevators will serve judges, criminal detainees and the public. He noted that this will end longstanding concerns about citizens randomly encountering prisoners while in transit.

“This is a separation that we cannot achieve without installing two additional elevators in our current courthouse facility,” said Stewart.

General Sessions court would take place on the first floor. Stewart said this main courtroom would be “the same size you already have in the current building.”

On the second floor, a main courtroom and separate waiting areas for family court would keep contentious parties away from each other prior to their hearings. Two auxiliary courtrooms on this floor could host family court, civil court, grand juries or other such proceedings.

These spaces would be available to citizens conducting court business or visiting administrative offices, which will remain in the current courthouse building on the Public Square. 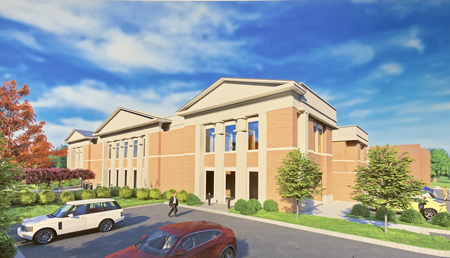 Clerk of Court Scott Suggs observed that this design represents real forward progress toward solving the numerous safety and space issues at the current courthouse.

“This is probably at least the fourth time we’ve went down this road of trying to do something that’s safe, secure, looks nice – something for Darlington County to be proud of,” said Suggs.

City of Darlington Mayor Gloria Hines attended the meeting and said she was “pleased and excited” to see another major project planned for the city’s North Main Street gateway.

“Between this and the $4 million the Historical Commission received to put up a new (museum) building, it’s going to really dress up our downtown. I love it!” said Hines.

Stewart said that with County Council’s approval, the next step is to pursue a contract for full architectural and engineering plans. Planning and construction costs would be covered by fund balance money the county already has on hand. Stewart added that once the first shovel of dirt is turned, it could take up to 36 months before the new judicial center is ready for occupancy.