Home » News » Tips on getting your turkey to the table

Tips on getting your turkey to the table 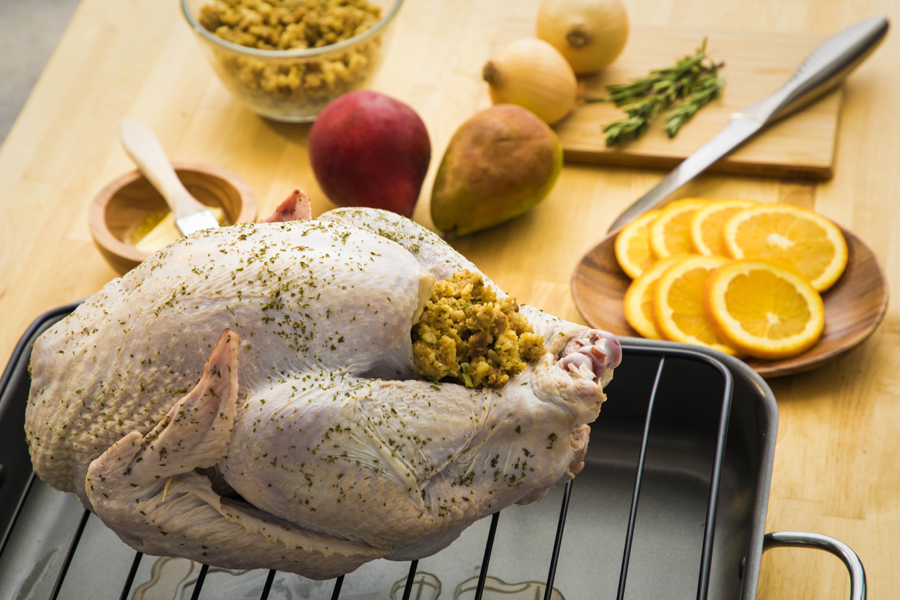 From Staff and Web Reports

Before you even get to the “cooking” part, there’s getting your turkey from the fridge and on its way to the table. There are safety risks here, too . . . enough risks that the federal Centers for Disease Control and Prevention has issued some guidelines to follow. Basically, they go like this:

1. THAWING THE BIRD. Never thaw your turkey by leaving it out on the counter, says the CDC. A frozen turkey is safe indefinitely, but a thawing turkey must defrost at a safe temperature. When the turkey is left out at room temperature for more than two hours, the agency says, its temperature becomes unsafe as it moves into the danger zone between 40 degrees F and 140 degrees F, where bacteria can grow.

2. HANDLING THE BIRD. Raw poultry can contaminate anything it touches with harmful bacteria. Follow the four steps to food safety – cook, clean, chill and separate – to prevent the spread of bacteria.

Clostridium perfringens are bacteria that grow in cooked foods left at room temperature. It is the second most common bacterial cause of food poisoning. The major symptoms are vomiting and abdominal cramps within six to 24 hours after eating.

Clostridium perfringens outbreaks occur most often in November and December. Many of these outbreaks have been linked to foods commonly served during the holidays, such as turkey and roast beef. Refrigerate leftovers at 40 degrees F or colder as soon as possible and within two hours of preparation to prevent food poisoning. Use a food thermometer to check for a safe internal temperature.

3. STUFFING THE BIRD. Cooking stuffing in a casserole dish makes it easy to make sure it is thoroughly cooked, the CDC advises. If you put stuffing in the turkey, do so just before cooking.
Use a food thermometer to make sure the stuffing’s center reaches 165 degrees F. Bacteria can survive in stuffing that has not reached 165 degrees F and may then cause food poisoning. Wait for 20 minutes after removing the bird from the oven before removing the stuffing from the turkey’s cavity; this, according to the CDC, allows it to cook a little more.

4. COOKING THE BIRD. Set the oven temperature to at least 325 degrees F. Place the completely thawed turkey with the breast side up in a roasting pan that is 2 to 2-1/2 inches deep. Cooking times vary depending on the weight of the turkey. To make sure the turkey has reached a safe internal temperature of 165 degrees F, check by inserting a food thermometer into the center of the stuffing and the thickest portions of the breast, thigh and wing joint.

Let the turkey stand 20 minutes before removing all stuffing from the cavity and carving the meat.
If you follow all these guidelines, the CDC says, you will have a happy Thanksgiving. Well, they can’t guarantee happiness, but you should at least have a safe-food Thanksgiving.